Stewart Cink set the 36-hole record at Harbour Town Golf Links on 16-under-par and made it difficult for many players to stay within touch of the lead. 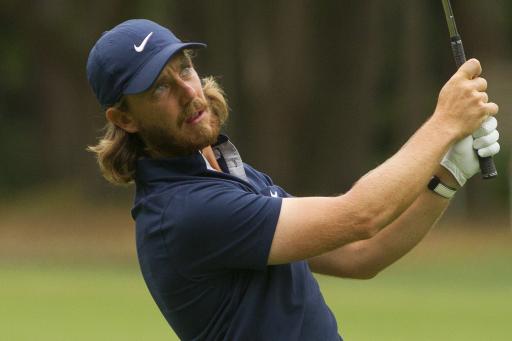 Tommy Fleetwood and Patrick Cantlay were amongst some big names on the PGA Tour to miss the cut at the RBC Heritage in South Carolina.

Fleetwood shot a 5-over-par 76 on Thursday to give himself an extremely hard task of making the weekend. The Englishman was 3-under-par through his first 10 holes, but five bogies and a triple-bogey on the back nine wrecked his scorecard.

The World No. 24 fought back on Friday with a round of 65. Fleetwood was 1-under-par for the tournament and needed one more birdie in his last two holes to make the third round, but he couldn't manage it.

Although Fleetwood has emerged as one of the world's top players in recent years, he is yet to win on the PGA Tour and his last win came at the Nedbank Golf Challenge in 2019.

Patrick Cantlay missed the cut at The Masters last week and the impressive American was disappointing at Harbour Town Golf Links again.

Cantlay shot two rounds of 71 and finished on level-par for the tournament, which was two shots short of the cut line at 2-under-par.

The World No.10's recent form has not been reflective of his season on the PGA Tour, where he has had four top 10 finishes and a victory at the ZOZO Championship in October.

Paul Casey and Zach Johnson were other notable names to miss out on the weekend, where we could see Stewart Cink claim his third career victory at the RBC Heritage.