We are all so used to seeing Dustin Johnson on the PGA Tour with a thick beard, but he has opted for a different look at the Tour Championship. 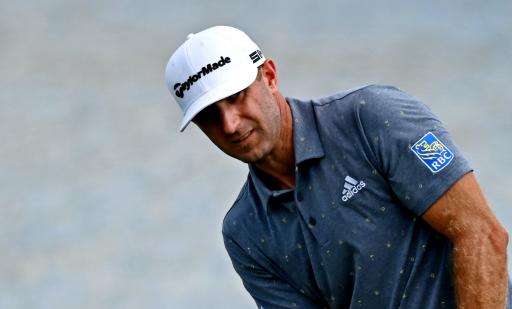 Dustin Johnson is a cool character and his relaxed walk and tall figure have become an immediately recognisable presence on the PGA Tour and around the world.

He is also recognisable because of his thick, brown beard that he has donned for a number of years. But this week, the two-time major champion has decided to make it disappear.

It was to many golf fans' shock and surprise to see the former World No. 1 with a clean-shaven look and if you saw him on your screen at East Lake, you would have needed two looks to make sure it was him.

Johnson is the reigning FedEx Cup champion after his absolute dominance of the Playoffs in 2020, having won both the Northern Trust and the Tour Championship last year.

Dustin Johnson without a beard is without a doubt one of the most unnerving things I’ve ever seen.

The 24-time PGA Tour winner entered the Tour Championship on 3-under-par on Thursday and he moved on to 5-under-par for the tournament with a 2-under-par 68.

Johnson is currently eight shots behind the leader and BMW Championship winner Patrick Cantlay, who began the tournament on 10-under-par.

"Dustin Johnson without a beard is just not it," one fan said.

"Dustin Johnson needs his beard back ASAP," one fan commented.

"Dustin Johnson without the beard is like lone ranger without the mask. It ain't right," another fan said.

"Dustin Johnson has shaved his beard and it’s just wrong," another fan commented.

"Dustin Johnson without a beard is without a doubt one of the most unnerving things I’ve ever seen," one fan said.