Ian Poulter finished well down the leaderboard at the RBC Heritage and during his final round, he turned his attentions to a different sport. 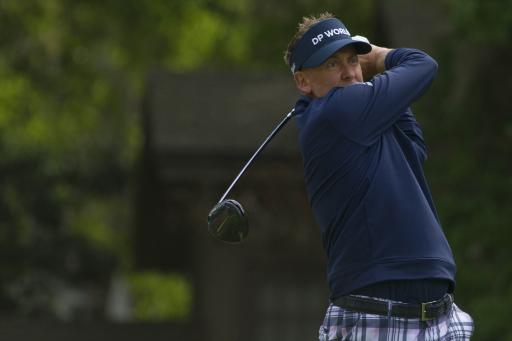 Ian Poulter has been one of Europe's stand-out golfers on both the PGA Tour and the European Tour in years gone by, particularly because of his incredible performances at the Ryder Cup.

The Englishman is a vocal fan of other sports too such as football and Formula One, and it was the Emilia Romagna Grand Prix that took his interest during his final round at the RBC Heritage.

Poulter appeared to have his phone out and watching what many fans suspected was Arsenal's Premier League match with Fulham, but the World No. 61 confirmed on a social media post from GolfWRX that he was watching Formula One.

Although Poulter is a big Arsenal fan, he is also a big fan of cars which is evident on his social media platforms.

The 45-year-old was clearly not bothered that he was spotted watching another sport while competing at a prestigious PGA Tour event, but his honest and outgoing personality has made him a popular figure on tour.

"Absolutely loving it but is it actually allowed?" one fan said.

"Given up on our season Poults?" another fan commented.

"I'm fairly certain that Zach Johnson was doing the same thing to watch Tiger at The Masters while still on the course," one fan commented.

"I mean we all have done it so why wouldn't. I watch tv at work too most times," another fan said.

"Great day to watch F1 then Golf," one fan said.

Unfortunately for the three-time PGA Tour champion, he would not be in contention this week after finishing outside of the top 40 at the RBC Heritage.

Poulter shot a 1-under-par 70 on Sunday to finish on 4-under-par at a tournament where he has only made two top 10 finishes in his career.

NEXT PAGE: GOLF FANS REACT AS SI WOO KIM IS DENIED A BIRDIE BY RULES OFFICIAL