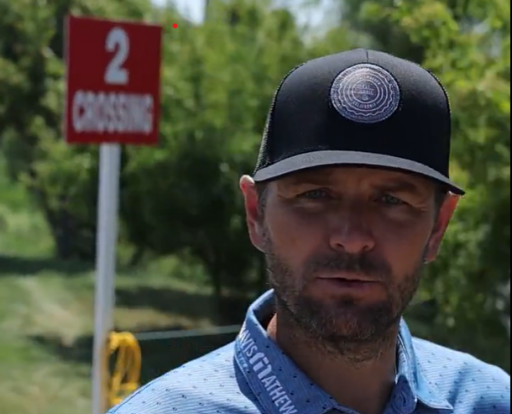 It wasn't to be the fairy tale week for former World No.7 tennis player Mardy Fish as he bowed out of the 3M Open on Friday, missing the cut by 12 shots.

The American, who has six singles wins to his name, shot rounds of 81 and 74 in Minnesota to finish on 13-over-par. He only finished ahead of just three players in Brandon Matthews, Wesley Bryan and Kevin Stadler.

Fish showed clear improvement in the second round at TPC Twin Cities. He made five birdies and just four bogeys whereas on Thursday, he failed to make a birdie and carded eight bogeys.

The 40-year old became the latest celebrity golfer to play on the PGA Tour, following in the footsteps of Tony Romo who has made four starts in total on the American circuit.

During his tennis career which ended in 2015, Fish reached the quarter-finals of Wimbledon, the US Open and the Australian Open. He also won eight doubles titles, reaching the semi-final of the doubles at Wimbledon in 2009.

In 2021, Fish was the subject of a Netflix docuseries called "Untold: Breaking Point" which is about his battle with depression and anxiety during his career.

Golf fans reacted to Fish's week at the 3M Open, which Scott Piercy leads by three shots after 36 holes:

Really nice bounce back round for our guy @MardyFish today! https://t.co/nlfeNqHee1