A golf fan has finally got his wish to play a round with Max Homa after tweeting the PGA Tour player for 25 days straight. 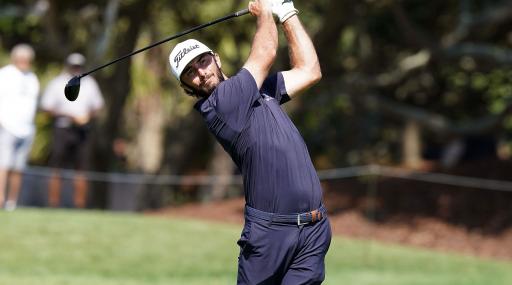 A golf fan named Armin Abdic has finally got his wish to play a round of golf with Max Homa after he tweeted the PGA Tour golfer 25 times.

Homa admitted that he had run out of excuses to avoid playing the round and he has finally agreed to join Armin for a game when the season "slows down."

You have to admire the persistence and endeavour of Armin to constantly tweet the World No. 42 and it is great to see that he has got his wish to play with one of the best players in the world.

Alright man. Can’t believe u made it this far but 25 is my favorite number so u win. Forreal this time. I’m astounded by ur persistence. It’s admirable and a bit weird but let’s play #golf when the season slows down! I’ll DM u to set it up. I am truly out of excuses at this point https://t.co/apw1hHcW4g

Homa himself said that Armin's persistence was admirable and although it may have been an annoyance for the 30-year-old, it must be great to have such passionate fans.

It may not come as a surprise that Homa was initially ignoring his super-fan as he hasn't enjoyed his best form of late on the PGA Tour.

The two-time PGA Tour winner has missed the cut in three of his last five events and his finish of tied sixth at the Valspar Championship was his only top-10 finish in his last nine events.

Golf fans reacted to Armin finally getting his wish on social media:

"Slippery slope here boss man. This opens the door for all of us to do the same and expect a round," one fan said.

"A true man of the people. You just love to see this kind of stuff," another fan commented.

"That's like paying Kidnappers, now, every tour player will be subjected to social media harassment. I'm sure the boys will thank you for this," another fan said.

"This is amazing!" one fan said.

NEXT PAGE: "I FELT JOY OUT OF SEEING HIS JOY": JUSTIN THOMAS ON HIS BOND WITH MIKE VISACKI