After a solid finish at the Zurich Classic of New Orleans, Max Homa made a career milestone the day after the tournament. 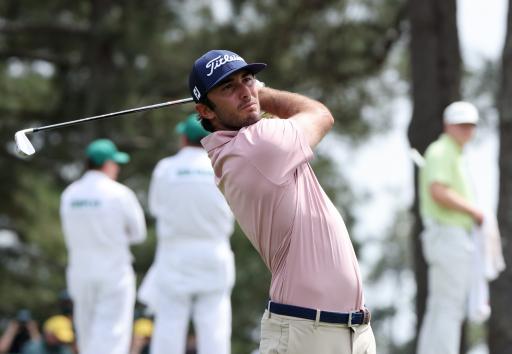 For a golfer of any ability to make an eagle, it is a rare occurrence that requires three great shots, or maybe two if it is on a par-4.

So when we hear that a golfer has made an albatross, it feels like an extremely special occasion and Max Homa did just that on Monday, after he played in the Zurich Classic of New Orleans at the weekend.

Homa, 30, posted a video on his Twitter page of his playing partner coming on to the green and finding the ball in the hole as Homa stood celebrating his achievement.

His playing partner said in the video that Homa had hit a three-wood to the green on the par-5 11th hole at Greystone Golf Country Club in Birmingham, Alabama.

First ever albatross (I can say that now cuz I’m in the club) on 11 at Greystone CC. Let’s goooooooo!!!
“Anything is possible!”- Kevin Garnett
- Max Homa pic.twitter.com/V4BmhlBRRP

"This is crazy..... I had an albatross today, my first. But the craziest part... at Greystone CC in Birmingham, AL! What Greystone CC were you playing today?" one fan said.

"I've done it in a practice round and I can't break 75 right now," one fan commented.

"Considering the extensive amount of par 5's you've probably played in your entire life, this is just another reminder that #golfishard lmao that's awesome brother," another fan said.

"My only golf goals are an albatross and hit 18 greens in regulation," another fan commented.

"Does it count if it's in a scramble (hit both shots)? Asking for a friend..." one fan said.

Homa and his partner Talor Gooch finished in tied 17th place at TPC Louisiana. A final-round score of 2-under-par meant they finished on 14-under-par for the tournament.

Homa will tee it up at the Valspar Championship this week where Paul Casey will be looking to win for the third time in a row.