Callaway Golf challenged its Tour players to see who could hit an 8-iron the highest and it was no surprise to see Phil Mickelson come out on top. 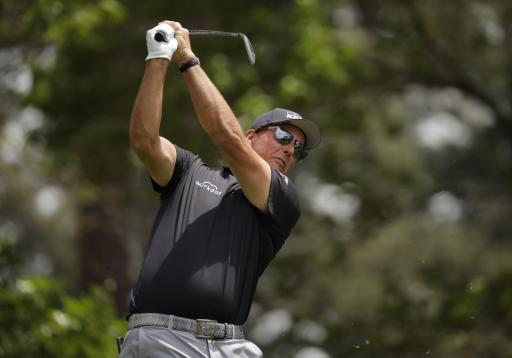 When it comes to hitting a golf ball high in the air, Phil Mickelson is up there with one of the greatest of all time and we have seen his extremely impressive flop shots on the PGA Tour for over two decades, but how high can he hit an 8-iron?

Callaway Golf challenged some of its Tour players to see which one of them could get the most air with an 8-iron in the 'Apex Challenge', where the likes of Jon Rahm, Henrik Stenson, Marc Leishman and more joined Mickelson in the competition.

The rules were simple. The players could hit balls from off the ground or using a tee and whoever could get the highest apex - measured in feet - would win the challenge.

There were some brilliant efforts from some of the players, but it was obvious who was going to win this one, wasn't it?

Mickelson was beaming with confidence before he'd even stepped up to his ball and called the current leaderboard "sad" before giving a short lesson in the correct technique for the challenge and then absolutely striping an 8-iron 224 feet into the air.

He was so confident that he had won, Mickelson walked away from the shot with his hands in the air in celebration, saying: "You don't even need to tell me the result. I know."

The video was shared on both Callaway Golf and Callaway Golf Europe, with Dylan Frittelli commenting on Instagram: "I don't even care where I placed, Phil Mickelson said I'm a great player."

NEXT PAGE: Golfer CRIES WITH JOY after qualifying for first ever PGA Tour event