An old video of Patrick Reed being heckled at the Presidents Cup has resurfaced on social media following last week's PGA Tour event. 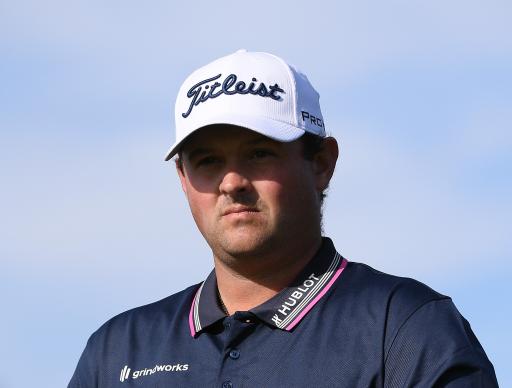 Golf fans have reacted to an old video of Patrick Reed being heckled by spectators at the 2019 Presidents Cup, after the video resurfaced on social media following his most recent questionable incident on the PGA Tour.

Reed's name made the headlines on Saturday after the 2018 Masters champion picked up his ball without speaking to a rules official beforehand, with video evidence showing his ball took a bounce, meaning he was not entitled to take relief.

Rory McIlroy did something very similar to Reed, but it was the American who was labelled a "cheat" by golf fans, due to his questionable past on the PGA Tour, with the 30-year-old being caught out in 2019 for improving his lie.

Reed, who went on to win the Farmers Insurance Open last week, has made a name for himself as the PGA Tour's supervillain, but it's not a nickname that seems to phase him, as he has a habit of using the negativity around him to his advantage on the golf course.

Following the 2019 "cheating" incident where Reed was seen on camera improving his lie at the Hero World Challenge, the now nine-time PGA Tour winner was a part of the Presidents Cup just a few weeks later, representing Team USA against the International side.

On the first tee, Reed stepped up to take his tee shot and as expected, was heckled by multiple fans, including Americans, who made a few 'shovel' jokes and then cheered after seeing his ball roll into the bunker.

WATCH THE REED HECKLES IN THE VIDEO BELOW:

With the old video being brought back to social media on the Golfersdoingthings Instagram page, golf fans took to the comments section over the past few days to have their say on Reed following his most recent cheating allergations.

"Sometimes I feel bad for the guy, then he goes and does the same thing again and reminds everyone why he isn’t liked," said one golf fan.

"The fact that he doesn’t even acknowledge or joke around with the crowd like all the other US guys did, tells you everything."

"Damn you people, go back to your shanties. - Patrick Reed, probably"

"I don’t like Reed but it’s gotta hurt when tons of people hate you so much, I feel bad for him."

NEXT PAGE: Xander Schauffele says Patrick Reed is "protected" by the PGA Tour