Fancy a bet on the golf this week? Take a look at which players we will be betting on for the Waste Management Phoenix Open on the PGA Tour this week. 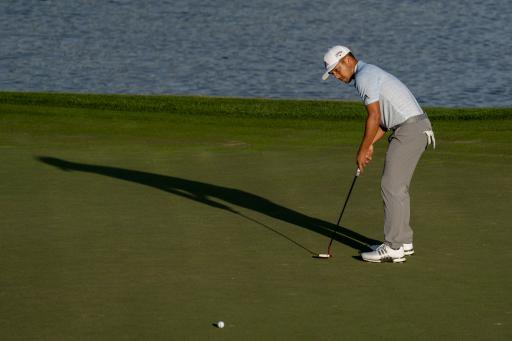 The Waste Management Phoenix Open at TPC Scottsdale might not have the wild atmosphere we're used to seeing each year, but there's still a fantastic field battling it out for the trophy, but which players are we backing to do well this week?

Usually, the Phoenix Open at TPC Scottsdale attracts thousands of fans for one of the craziest PGA Tour events of the year, with the iconic 16th hole known as The Coliseum producing moments the players will never forget.

This year, due to Covid restrictions, a maxiumum of 5000 fans will be permitted inside TPC Scottsdale each day, but players such as Rory McIlroy, Jon Rahm and Justin Thomas should get the very best out of the attending spectators.

Our main selection to win this week's PGA Tour event is Xander Schauffele.

The 27-year-old is quickly becoming the most consistent player on the PGA Tour and has now moved up to a career-hgih of 4th in the world rankings.

His Strokes Gained statistics at TPC Scottsdale is one of the best in the field and after finishing tied second at the Farmers Insurance Open, Schauffele will be looking at this event as one he can definitely win.

With no Dustin Johnson or Bryson DeChambeau in the field this week, Schauffele offers fantastic value at 10/1.

Another player who is known for his consistency is Webb Simpson and his performance at TPC Scottsdale last year was nothing short of a masterclass.

He finished the 2020 Phoenix Open 17-under par alongside Tony Finau, before winning the tournament in a playoff.

Simpson will be well rested having not played since his T4 finish at the Sony Open, so the defending champion will be more than ready to try and win this tournament once again.

Ben An's performance at the Farmers Insurance Open was in good shape until the final round, where a 6-over par round saw him fall heavily down the leaderboard.

His form at the American Express gives us a better look at how he will get on this week. Ben An shot 14-under par at PGA West to finish T8 and his Strokes Gained statistics at TPC Scottsdale are very impressive.

He finished in a tie for ninth at last year's Waste Management Phoenix Open, so his odds of 90/1 are extremely attractive for an Each Way bet this week.