Phil Mickelson often makes changes to the top of his golf bag on the PGA Tour and he has made another one ahead of the Rocket Mortgage Classic. 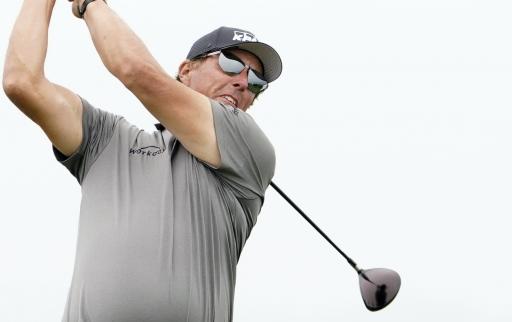 Phil Mickelson has used a number of different drivers and woods throughout his career and he has also chopped and changed his long-distance clubs this season on the PGA Tour.

At the PGA Championship, Lefty used both a Callaway Epic Speed driver at 5.5 degrees and a TaylorMade Original Mini One driver at 11.5 degrees, as he hit many long and straight drives under intense pressure at Kiawah Island.

Using two drivers was an interesting move from the six-time major champion but it was one that paid dividends. Now, he has decided to make further changes to his bag by adding a new hybrid.

In his Instagram post, Mickelson seemed very excited to tell his fans that he has rediscovered the swing and feel that he had when he won the PGA Championship, after a couple of weeks of "so-so" golf.

As well as the rest of the PGA Tour season to look forward to, the 51-year-old is also preparing for The Match where he and Tom Brady are set to team up against Aaron Rodgers and Bryson DeChambeau.

"Dressed to the nines ready for a big week," one fan said.

"Hybrids are underrated," one fan commented.

"Those pro divot patterns tho," another fan said.

"Don’t spill coffee on those shorts," another fan commented.