PGA Tour pro FUMING with yet another EARLY TEE TIME! 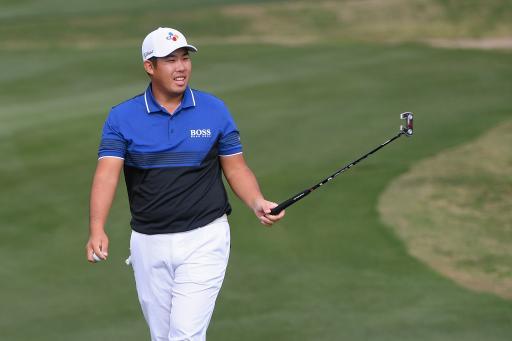 PGA Tour star Byeong-hun An has taken to social media to reveal his frustration at seeing himself given yet another early tee time by tournament officials at this week's Rocket Mortgage Classic.

An has been given a 6.45am start alongside Brandon Hagy and Doc Redman this Thursday, and it now marks a fourth time in the last eight tournaments where the South Korean has gone off in the first group.

So much so, when the former BMW PGA champion was notified by a golf fan of his tee time on social media, he was quick to make his feelings known.

"Never asked for it and I f**king hate it," replied An, who has since deleted this tweet.

Check out a number of An's other comments on the matter below:

Even i try to play slow, it will be nowhere near slow players https://t.co/8lBGKupGoo

I may look like bitching but no one can criticize me unless they like waking up at 3:45.....

It also would appear that following An's rant, the PGA Tour will not be placing An in a first group again any time soon:

Good news guys, Tour looked into the tee times, and they realized teeing off first 4 out of last 8 events were not right sometimes you need make a point

There may have been a valid reason for sending out An early, after all, as one golf fan pointed out.