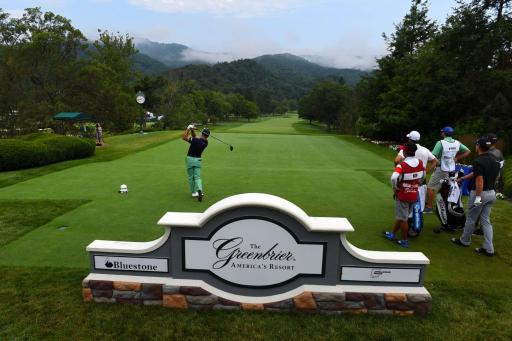 The Greenbrier has decided to terminate its remaining seven years of contract as a PGA Tour event, following an announcement on Wednesday night.

'A Military Tribute at The Greenbrier' was initially scheduled for the second week of September but that has now been filled by the Safeway Open.

Tournament officials were not keen on moving the tournament to the fall, instead of its early July slot on the calendar. As a result of this, attendance and sponsorship opportunities had "dropped significantly."

That led to both The Greenbrier and the PGA Tour reaching a mutual agreement with which to terminate the tournament's contract that had been due to run through to 2026.

The coronavirus pandemic has caused a dramatic reshuffle in the PGA Tour's schedule for the rest of the season, with the most notable events moving including The Masters to November and US Open to September before the Ryder Cup.

The tournament has been staged on the PGA Tour since 2010 and includes past winners such as Xander Schauffele, Angel Cabrera, Kevin Na and last year's first-time winner Joaquin Niemann.

"We are happy to reach a resolution with the PGA Tour that is mutually beneficial to both parties in this time of crisis," said The Greenbrier president Dr. Jill Justice.

PGA Tour's executive vice president and chief of operations Andy Pazder said: "We owe a supreme debt of gratitude to Governor Jim Justice and his Greenbrier resort for a highly successful 10 years of partnership with the PGA Tour.

"Governor Justice’s vision and leadership helped shine a light on the men and women that serve our country through the military and first responder programs he implemented through the tournament, and The Greenbrier resort was an incredibly unique and world-class venue that our players will always remember and cherish."