Before Harris English stepped on to the 15th tee box, no other player had ever made a hole-in-one on this hole during the FedEx Cup Playoffs. 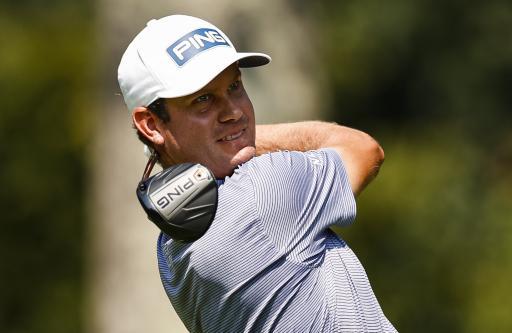 Harris English has made history at the Tour Championship by making the first-ever hole-in-one at the par-3 15th hole at East Lake Golf Club.

This hole is a 224-yard challenge that has proven to be extremely difficult and treacherous over the years, as the green is completely protected by water and resembles the 17th hole at TPC Sawgrass.

It is so hard that no player had ever made a hole-in-one there during the FedEx Cup Playoffs, until English stepped up on to the tee box in solid form.

The 32-year-old was level-par for his round and 4-under-par for the Tour Championship, and he sent a high, drawing 5-iron sailing towards the hole on Thursday afternoon.

The ball bounced on to the green and rattled into the hole, making for incredible scenes in the crowd up by the green and on the tee box. It is his second ace in his PGA Tour career.

English, who has already won the Sentry Tournament of Champions and the Travelers Championship this season, moved on to 6-under-par for the tournament with his historic shot on the 15th hole.

English began the tournament in 7th place in the FedEx Cup standings and he could be in great shape to challenge for the Tour Championship title this week, and winning the $15 million prize fund.

The four-time PGA Tour winner has a fantastic chance of receiving his first-ever Ryder Cup call-up for Team USA and a win at East Lake this week would make him unignorable to US captain Steve Stricker.