Brooks Koepka is set to play left-handed against Dave Portnoy at Liberty National Golf Club, and all of his merchandise proceeds will go to his charity foundation. 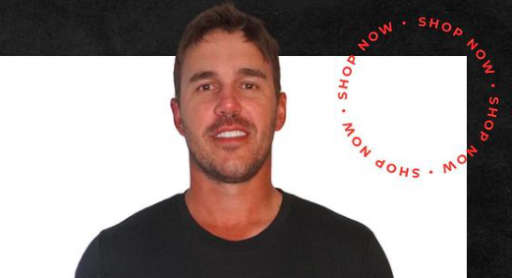 Brooks Koepka has stepped up the rivalry against Dave Portnoy once again by releasing his own 'TEAM BROOKS' merchandise ahead of their charity match.

Koepka and Portnoy have enjoyed a lot of back and forth comments against one another in the build-up to their showdown which will take place at Liberty National on September 7.

Portnoy, who plays with a handicap of 18, is the founder of popular sports platform Barstool Sports and he will be hoping to win the $250,00 cash prize for the Barstool Fund charity.

But now, to increase the amount of money that gets donated to charity during this match, Koepka has released his very own 'TEAM BROOKS' merchandise.

You can buy t-shirts, caps and hoodies that also have the lettering of 'Champ vs Champ Chump' as well as 'TEAM BROOKS'.

"100% of proceeds benefit Brooks Koepka Foundation, dedicated to brightening the futures of children facing challenges with a focus on enhancing health and wellness, resources and community betterment," writes Koepka on his most recent Instagram post.

It is great to see the fun that both Koepka and Portnoy are having during their preparation for their match and it is even better to see the consideration for some great charities.

Before the four-time major champion faces off against Portnoy, he must take care of business at the Tour Championship at East Lake this week.

As the 31-year-old is in 20th place in the FedEx Cup standings, he will tee off on 2-under-par which is eight shots behind the BMW Championship winner Patrick Cantlay.

Although Koepka has eight PGA Tour titles to his name, he has never won an event at the FedEx Cup Playoffs. He will need to break this spell if he is to take home the grand prize of $15 million.