How did Tiger Woods explain his split with wife Elin Nordegren to his kids?

What did 15-time major champion Tiger Woods tell his kids Charlie Woods and Sam Woods when he was divorcing his ex-wife Elin Nordegren? 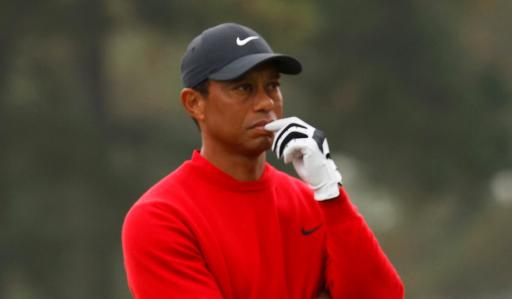 Tiger Woods is one of the great icons of world sport. He is arguably the greatest golfer to have ever lived and he has been a role model for the majority of players on the PGA Tour.

He has 15 major championships and 82 PGA Tour victories on his record. Woods has earned $120,851,706 on tour alone and he is one of the richest sportspeople to have lived as well.

He is the pied piper of golf and this showed when he played with his son Charlie at the PNC Championship in December. However, with such a high profile life comes strong media attention.

In 2009, a story broke that would make golf fans significantly reconsider Woods' legacy. He publicly admitted to infidelity and a series of transgressions he had committed during his marriage with Elin Nordegren.

The pair divorced in 2010. They have two children together, Sam and Charlie. Woods took it upon himself to explain the situation to his children before they grew older.

The 46-year-old was determined to make his children understand that it was he who had made the mistakes and it was his wrongdoing that caused their parents to split up.

"We’ve worked so hard at co-parenting, to make sure that their lives are fantastic. For instance, I’ve told her this, I’ve taken the initiative with the kids, and told them upfront, 'Guys, the reason why we’re not in the same house, why we don’t live under the same roof, mummy and daddy, is because daddy made some mistakes'," Woods said in an interview with TIME some years ago.

"I just want them to understand before they get to the internet age and they log on to something or have their friends tell them something. I want it to come from me so that when they come of age, I’ll just tell them the real story.

"I was to blame, and so I’m taking initiative with the kids."

It was great to see Woods and his now 12-year-old son Charlie compete together at the back end of 2021. They came second to John Daly and his son John II at the special PGA Tour family tournament.

Despite the mistakes he has made in his personal life, it is great to see Woods' father-son relationship flourishing.