Bryson DeChambeau was forced to withdraw from the Sony Open last week due to pain in his wrist, but what is the extent of the injury? 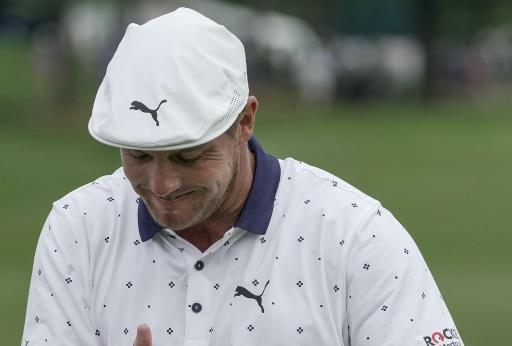 Bryson DeChambeau trains relentlessly to improve himself and his golf, but perhaps he has neglected some important features of his body in the process.

The World No. 9 had to withdraw from the Sony Open last week in Hawaii due to an injury to his left wrist. We could next see him at the Farmers Insurance Open.

In his latest YouTube upload, DeChambeau admitted that he could've played at Waialae Country Club, but the risks essentially outweighed the rewards.

DeChambeau went to visit Greg Roskopf in Colorado who is an expert in muscle activation techniques. Roskopf put the 28-year-old through his paces and explained the issues he has with his wrist.

DeChambeau said it has been three to four weeks since he first dealt with his wrist issue. Roskopf was keen to first locate the prominent source of the pain.

He described the muscles in the wrist as tedious muscles, when compared with the major muscles that DeChambeau usually works on.

Roskopf bent his wrists in both ways, testing his wrist extensors and flexors. The aim was to reinforce the point of weakness and increase tolerance. At some points in the video, DeChambeau felt severe pain and reacted in anguish.

Roskopf defines tightness and pain as the key features of this muscular injury. DeChambeau, an eight-time winner on the PGA Tour, admitted that he needs to now focus on training the strength and stability in his wrists.

In the video, the former US Open champion hits balls in a simulator to begin building the longevity and strength in his wrists. As you can see, he is able to hit balls but he was swinging quite tamely.

Interestingly, Roskopf bends and extends both of DeChambeau's wrists. He explains that there is no use in recovering the weak wrist, only to have the right wrist not stretched in the same way.

Roskopf's knowledge of muscle activation techniques was incredible and we hope to see DeChambeau back on the PGA Tour as soon as possible.

NEXT PAGE: TIGER WOODS COPIED ME AND NOW YOU THINK IT'S COOL | KEVIN NA ON WALK-IN PUTTS