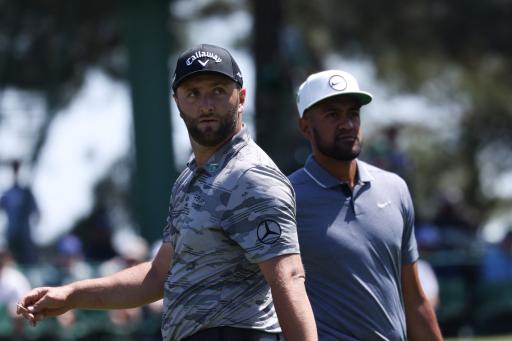 Jon Rahm is a red-hot favourite to win his first tournament since the 2021 US Open last summer at this week's inaugural Mexico Open at Vidanta on the PGA Tour.

Rahm will be licking his lips at the prospect of getting back in the winners circle as he is the only player in the world's top 10 competing this week.

The Spaniard, who now finds himself second in the world behind a rampant Scottie Scheffler, has endured an indifferent run of results in 2022 so far with just four top-10 finishes in nine starts this year.

Rahm finished tied 27th in his last start at The Masters, the same week Scheffler won his fourth title in his last six starts.

But with only a few events remaining until golf's second major of the season at the US PGA Championship, Rahm will be wanting to get his game back in shape quickly and he will get no better chance to do that in Mexico this week.

Tony Finau is second in the betting as the American looks to also turn his game around, while the home Mexican charge will be led by Abraham Ancer and Carlos Ortiz.

Daniel Berger would have been one of the favourites for the title but he has been forced out, which you can read about here.

CHECK OUT GOLFMAGIC'S PICKS FOR THE MEXICO OPEN HERE AS WE GO FOR A FOURTH WIN IN THE LAST EIGHT WEEKS!