Rickie Fowler: "I definitely feel like I'm headed in the right direction"

Rickie Fowler discusses his alarming lack of form and how he will always be looking at his glass half full. 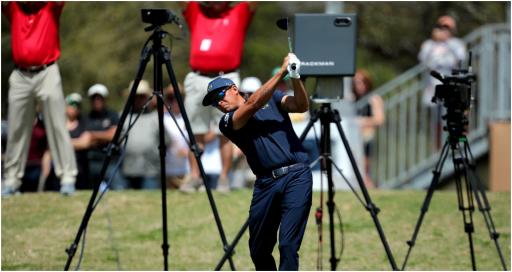 It wasn’t too long ago that Rickie Fowler counted himself as one of the best players in the world, but in recent years it has been an almighty struggle.

More: Pro golfer wins tournament, then gets DQ'd after drop footage is reviewed

There was a time when Fowler was a high as fourth in the OWGR. He was touted as someone who was definitely going to win a major at one point in his career.

Winning the 2015 Players Championship proved that he had the temperament and skill to handle the big occasion. It was one year after he finished second in two majors.

Since them, the five-time PGA Tour champion’s best finish in a major came at the 2018 Masters. Now he’s ranked 142nd in the world. He didn’t qualify for the 86th Masters earlier this month.

His last win came at the 2019 WM Phoenix Open and he’s missed five of 11 cuts this season. He recently appeared on an episode of Beyond the Clubhouse, which you can listen to here.

Still, Fowler, 33, talks of perspective. And he has no plans on giving up or giving in. He actually feels positive about his game despite the alarming lack of results.

“I definitely feel like I’m headed in the right direction. It’s been a tough couple of years trying to grind through things and work on some changes and ultimately feel comfortable,” he said.

“Yeah, I would say I’m still disappointed. I obviously want to see better results and be in a better position but it’s just part of the process and I’ve gotta keep moving forward.

“I’m always looking at stuff with the right perspective and understanding that at the end of the day golf is just a game and we are lucky to be able to do it as a job.

“But I think the big thing is just the perspective and not letting it consume and affect life away from the golf course. There is so much more to life than just golf.

“Especially now, with having a little one [his daughter Maya]. I still, obviously want to compete and play against the best players – that’s what drives me.

“I’m not out here for the money or anything like that. That’s a nice bonus but it’s more about being in a position to win tournaments and compete against the best players.”

He added: “For me, yeah, there have been times when it has been tough as far as confidence goes, but I feel like we have had plenty of good moments in the last six months to know that it’s still there.

“Unfortunately, it hasn’t been anywhere near as consistent as we want it to be. But I just keep looking at it glass half full and moving forward.”