Daniel Berger FORCED OUT of Mexico Open on PGA Tour

Daniel Berger has withdrawn from the Mexico Open on the PGA Tour and is replaced in the field by Grayson Murray. 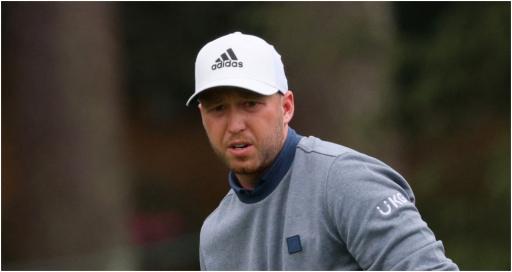 It has been a frustrating couple of months for Daniel Berger, who has withdrawn from the Mexico Open. It is the second event on the PGA Tour this season that he has had to miss.

It appears that a back injury that caused him to skip his title defence of the AT&T Pebble Beach Pro-Am in February continues to cause a problem.

Berger was replaced in the field by Grayson Murray. Charley Hoffman and Christiaan Bezuidenhout have also withdrawn from the Mexico Open.

Berger was billed as one of this week's favourites to win. Jon Rahm, playing his first tournament since a frustrating Masters, is the bookies' favourite.

Berger has had an interesting season on the PGA Tour, to say the least. When he has played, he has ranked fifth in strokes gained on the season.

His best finish was the Honda Classic where he placed fourth where he looked unbeatable as he held the 54-hole lead. But a frustrating and error-strewn Sunday ended his chances for the 29-year-old to claim his fifth PGA Tour win.

It was the same tournament where Shane Lowry felt like the tournament was "stolen" from him as Sepp Straka claimed his first PGA Tour win.

Elsewhere, Berger placed fifth at the Tournament of Champions in Hawaii. He did play at RBC Heritage (that Jordan Spieth won) a few weeks ago and placed T-21.

Berger was also infamously involved in a dispute with Viktor Hovland and Joel Dahmen at the Players when they bickered about where his golf ball had crossed into a hazard.

The Mexico Open is a former PGA Tour Lationoamerica event that has been given PGA Tour status this year.

It has taken the place of the discontinued WGC-Mexico Championship.