Jon Rahm is the strong favourite to win at Vidanta Vallarta this week, but we have some outsider selections to challenge the former World No.1. 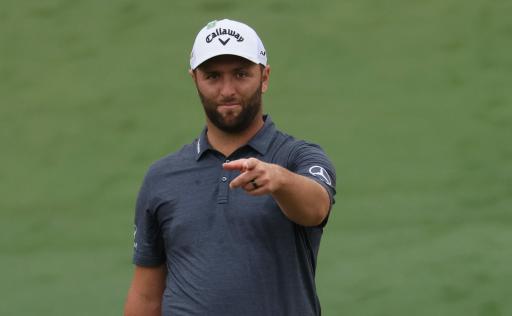 GolfMagic smashed it out of the park at the Zurich Classic of New Orleans at TPC Louisiana. Andy picked out Patrick Cantlay and Xander Schauffele to win the team event at 17/2, while Matt chose a solid each-way shout with Will Zalatoris and Davis Riley at 35/1. Jon Rahm holds favouritism this week, but Matt and Andy could have a few more tricks up their sleeves at the Mexico Open.

Jon Rahm returns to the PGA Tour for the first time since The Masters to play in the Mexico Open at Vidanta Vallarta this week.

The former World No.1 is the highest-ranked player in the field this week at the Greg Norman-designed venue which was opened in 2015.

Abraham Ancer, Carlos Ortiz and Roberto Diaz are leading the Mexican charge this week, while Tony Finau, Daniel Berger and Cameron Champ are also teeing it up.

This will be the second PGA Tour event to be held in Mexico in the 2022 season. Viktor Hovland won the World Wide Technology Championship at Mayakoba in November.

It is a sole selection for Andy this week, but it is a strong one. Rahm is the class act in the field with four top-10 finishes in 10 appearances this season.

Abraham Ancer is flying the flag for Mexico on the PGA Tour. The World No. 20 has made two top-10 finishes this season and one of them came at Mayakoba back in November.

He reached the quarter-finals of the WGC Match Play and this was a result of his driving accuracy. He is ranked eighth in driving accuracy percentage on the PGA Tour and playing on home soil will enhance his chances this week.

Carlos Ortiz has missed four consecutive cuts on the PGA Tour but at the Worldwide Technology Championship in Mayakoba, he came second to Hovland.

He finished second at the event in 2019 and he also came eighth in 2020. Although the one-time winner on tour is in bad form, he clearly produces his best golf when he competes in his home country of Mexico.