TV Guide and a look at the 20 teams lining up at the PNC Championship... 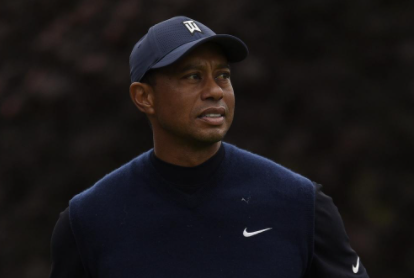 The PGA Tour season might be taking a brief pause for the Christmas and New Year break, but golf on our television screens does continue with the annual PNC Championship this weekend - and all eyes will be on new pairing Tiger Woods and his son Charlie.

Teeing up at Ritz-Carlton Golf Club in Orlando on Saturday and Sunday, the 36-hole tournament will be a Scramble format.

How was your swing when you were 11? pic.twitter.com/vDhphUrudG

Charlie Woods will become the youngest competitor in the event's history at the age of 11 years old, and it's also fair to say he is the most anticipated of all past entries given he is the young cub of a 15-time major champion.

Woods' son has set pulses racing after winning back-to-back junior events over the summer with a combined 18-hole score of 4-under par!

A total of 20 teams will be lining up in the 36-hole exhibition. Other notable teams teeing it up include Justin Thomas and his father Mike, and Matt Kuchar and his son - the latter whom caddied for Kuchar en route to a nine-stroke team victory alongside Harris English at the QBE Shootout last weekend.

RELATED: TIGER WOODS REVEAL EXACTLY WHAT CHARLIE WOODS IS REALLY LIKE ON AND OFF THE COURSE

HOW TO WATCH THE PNC CHAMPIONSHIP