"I just wanted to stay in bed": Matthew Wolff opens up on mental health issues

Matthew Wolff has experienced mental health issues during the 2021 PGA Tour season, but the young star is on the comeback trail. 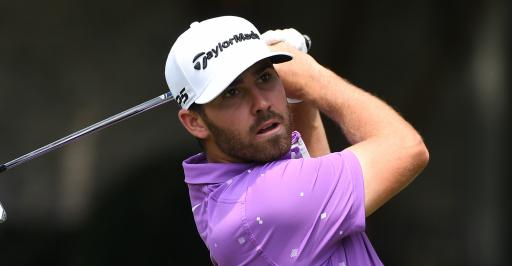 Matthew Wolff is one of the most exciting golfers on the PGA Tour. At just 22 years old, he has a long and successful career ahead of him but at one stage, Wolff's internal thoughts prevented him from competing.

He was disqualified from The Masters in April for signing for a wrong scorecard and after missing the cut at the Zurich Classic of New Orleans, he took a two-month break from the PGA Tour.

When he returned at the US Open at Torrey Pines in June, he told the media that he was "trying to be happy" and the upturn in his mindset resulted in a solid tied 15th finish.

Since the beginning of the calendar year, Wolff has not finished in the top 10 and he missed the cut at the Wyndham Championship last week. However, what is most important is his recovery from his mental health issues.

"I'm starting to feel like the results based or the performance doesn't so much affect the person that I am, and I can still be friendly to fans and talk to people and smile and have fun out there and enjoy all the hard work that I've put in to be where I am today.

"Sometimes I definitely take that for granted, and it's hard when you're out there working really hard and feel like you're ready for a tournament and then going out and not performing."

Ahead of the FedEx Cup Playoffs, the man from California is ranked 59th in the standings and if he performs well at the Northern Trust this week, he will qualify for the 70-man field at the BMW Championship next week.

Wolff won the 3M Open in 2019 which remains his only win on the PGA Tour to date, but performances such as his runner-up finish at the 2020 US Open suggest that his next title is not far away.

But as the young man said, he is doing much better with his mental health which is a great thing to hear. At one stage, Wolff was plagued by worries and stress.

"Some of the feelings that I had were like getting up in the morning knowing I had to get out of bed and just like not being able to, being like I don't want to get out of bed," Wolff added.

NEXT PAGE: SHOULD PHIL MICKELSON BE SELECTED IN THE UNITED STATES RYDER CUP TEAM?