Should Phil Mickelson be selected in the United States Ryder Cup team?

Phil Mickelson won the sixth major championship of his career at the PGA Championship in May, but does this buy him a ticket to the Ryder Cup? 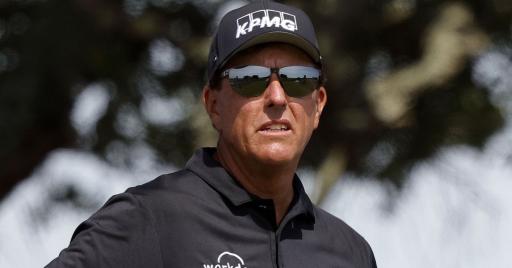 Phil Mickelson is arguably having more fun than ever on the PGA Tour. He is participating in celebrity golf matches, sharing jokes with basically anyone on social media and still winning major titles.

His performance at Kiawah Island to win the PGA Championship was special and much like Tiger Woods' win at The Masters in 2019, this sort of player never loses the innate talent for playing golf and winning tournaments on the big stage.

Lefty became the oldest major winner in the history of the game and he held off some of the best players in the world down the stretch, such as Brooks Koepka and Louis Oosthuizen.

However, the reason I elaborate on Mickelson's historic win is because other than that, he has had a very mediocre season that's been full of inconsistency and disappointing finishes.

The result at Kiawah was the 51-year-old's only top 10 finish of the season and one of only four top-25 finishes he has achieved in his last 21 events on the PGA Tour.

In strokes gained in general, from off the tee, in putting and from tee to green, Mickelson does not rank inside the top 125 players and he is ranked 164th in scoring averages.

So now let's bring in the Ryder Cup. The current top six players in the standings are locked in and they will almost definitely be at the event: Collin Morikawa, Bryson DeChambeau, Brooks Koepka, Justin Thomas, Dustin Johnson and Xander Schauffele.

This leaves US captain Steve Stricker with six wildcards picks, three of which will almost certainly be filled by Jordan Spieth, Harris English and Patrick Reed.

So in my opinion, Mickelson is playing for three spots. The 45-time PGA Tour winner is currently ranked 19th in the US Ryder Cup standings, so there could be up to nine players that are in line before him for the final three places.

I don't think Mickelson can be chosen and I don't think he will be chosen. Although he made history in May, it is not enough to eradicate his inconsistency in 2021.

I imagine he will be at Whistling Straits in some form, whether it is as a player or a vice-captain, but I would be absolutely stunned if Mickelson was chosen as part of the American team.

NEXT PAGE: GOLF BETTING TIPS: OUR BEST BETS FOR THE AIG WOMEN'S OPEN