Rahm tests positive for Covid-19 a second time in seven weeks to miss the Olympics, and Poulter says it "just doesn't make sense" 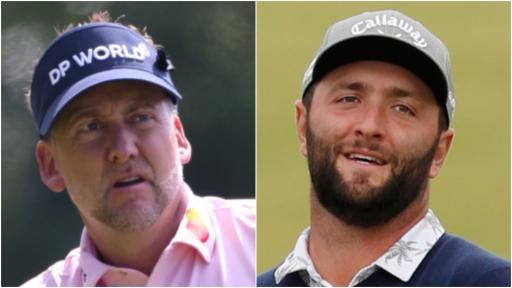 Ian Poulter took to Instagram last night to reveal his confusion over Jon Rahm testing positive for Covid-19 a second time in less than two months.

Rahm was forced to withdraw from the Memorial Tournament last month when holding a six-shot lead after 54 holes, and now the World No.1 must also bypass the Olympic Men's Golf Tournament this week due to another positive test over the weekend.

Poulter, who has been enjoying a mini resurgence of late with a number of impressive finishes on Tour including a tie for third at the Charles Schwab Challenge in late May and a tie for fourth at the Scottish Open three weeks ago, was left baffled by the latest news on Rahm.

"Something just doesn't make sense here," Poulter captioned a post on his Instagram Story, which has since been deleted.

"This brings some questioning into play. What is going on with this testing?"

Rahm took to social media to discuss his disappointment at being forced out of the Olympics.

"I've been fortunate to represent my country and win a championship for Spain around the world as an amateur," said Rahm.

"Playing in Tokyo would have given me a chance to win an Olympic gold medal for my country.

"I would have loved to have been the first Spanish Olympic gold medalist in golf, but unfortunately destiny had other plans.

"This is a great reminder for all of us that we're still in a pandemic, things are not over, and we still need to fight together to get through this the best we can.

"I wish all the great athletes representing Spain the best of luck as they compete in Tokyo, I will be watching and cheering them on from home. God Bless."

Bryson DeChambeau also tested positive for Covid-19 for the first time, and he too has been forced to withdraw from the Olympics.

The American's place in the field now goes to Patrick Reed, while Rahm is replaced by compatriot Jorge Campillo.