During The Open Championship, Bryson DeChambeau criticised his driver and caused a lot of controversy. 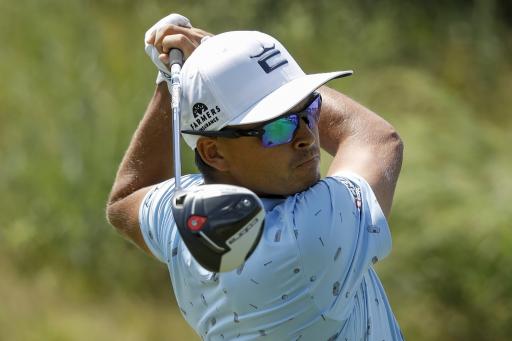 Rickie Fowler became the latest golfer to have a dig at Bryson DeChambeau over his driver comments at the 149th Open Championship at Royal St. George's.

During the 3M Open where Fowler finished in a tie for 34th, Fowler attributed his struggles at TPC Twin Cities to his driving, but he comically insisted that it wasn't his driver's fault.

"That was something that was kind of holding me back from making birdies, moving forward last week. I drove it very poorly Friday and Saturday. It was not my driver's fault. Had to," said Fowler.

At The Open, DeChambeau said that his driver "sucked" after he played his first round, which was met with a big reaction from the golf world, including Ben Schomin, a Cobra representative who caddied for DeChambeau at the Rocket Mortgage Classic.

"Everybody is bending over backwards," Schomin said.

"We've got multiple guys in R&D who are CAD'ing (computer-aided design) this and CAD-ing that, trying to get this and that into the pipeline faster. (Bryson) knows it.

"It's just really, really painful when he says something that stupid."

RELATED: COBRA REP ON BRYSON: "IT'S REALLY PAINFUL WHEN HE SAYS SOMETHING THAT STUPID!"

Fowler is not the only player to have a subtle dig at the 2020 US Open for his driver comments, as it didn't take long for Brooks Koepka to say that he "loved" his driver.

It is no secret that DeChambeau and Koepka have undergone a feud over the past couple of months on the PGA Tour, so it was no surprise to see Koepka join in the fun.

The big-hitting American did apologise for his comments against his driver. It was yet another moment this season where DeChambeau was making all the headlines.

NEXT PAGE: PIERS MORGAN SAYS "NOBODY CARES" ABOUT THE OLYMPICS AHEAD OF GOLF EVENT

Equipment news
Collin Morikawa: What's in his new TaylorMade golf bag for 2022
Golf news
Rafael Nadal: "I've never been a gym guy, I play some golf"
Golf news
Golf rules: Is this a bunker? What constitutes a bunker?
Equipment news
5 reasons to go ROGUE with your Callaway driver this season
PGA Tour
Rory McIlroy on how he could "easily" save amateur golfers 10 shots