Six-time major champion Phil Mickelson lent his support to his fellow professional on social media who has struggled with PGA Tour life. 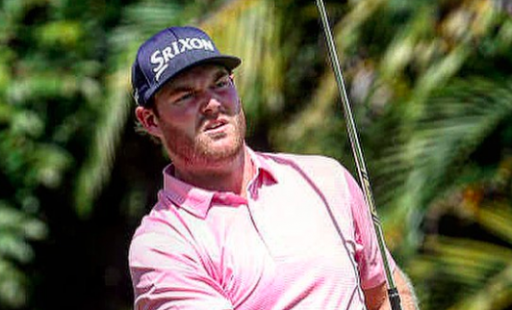 PGA Tour player Grayson Murray has admitted that he is an alcoholic and he has never received any help from the PGA Tour.

Murray has been on the PGA Tour for five years now and the highlight of his career arguably came in 2017 when he won the Barbasol Championship.

The 27-year-old posted an explanation of his feelings on the PGA Tour on social media and described the time when he was seen drunk in Hawaii and punished by the PGA Tour, despite 'causing no scene whatsoever.'

Murray then admitted that he was an alcoholic in recovery, but he revealed that in his five years on the tour, he has never received any help or guidance from the organisation.

"In my five years of experience of being on tour, not once have I ever had a request been acknowledged by the commission of the PAC other than 'we will get back to you'."

The World No. 457 may have exposed something that needs to be addressed by the PGA Tour and other golfing authorities, and the matter was made more concerning by six-time major champion Phil Mickelson.

I’m sorry playing the Tour has been so overwhelming and if I can help in any way I’d be happy https://t.co/tfJcavISRd’s not an easy life for sure,and even winning every year can bring about other challenges. FYI “we will get back to you” is the only response I’ve ever gotten too.

Lefty replied to Murray's post on social media to send his support and he also confirmed that he has always had insufficient replies from the tour such as 'we will get back to you'.

Murray accused the PGA Tour of favouring and investing their money into its best and most popular players and neglecting the issues that players like himself have faced before.

Mickelson himself admitted that even if you are able to win tournaments, the tour is not always cooperative. As much as it is sad to see Murray's message to the golfing world, it is heartwarming to see a response like Mickelson's and we can hope that these problems are addressed.

NEXT PAGE: PIERS MORGAN SAYS "NOBODY CARES" ABOUT THE OLYMPICS AHEAD OF GOLF EVENT