A golf fan took aim at Ian Poulter on Instagram and criticised his lifestyle, judging it to go against the environmental issues that the earth faces. 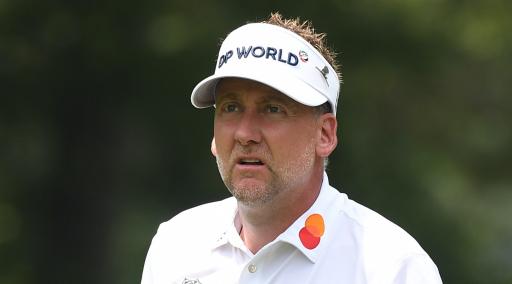 Ian Poulter entered into a war of words with a golf fan on his Instagram page yesterday after he was challenged on how his lifestyle and hobbies could negatively affect the planet.

The European Ryder Cup legend often posts pictures of his Ferrari collection on his social media platforms as he has a passion for cars and collecting these premium vehicles.

A man called Elliott messaged Poulter on Instagram and criticised his lifestyle and his Ferrari collection, showing concern for the future of the world that young people could live in in the future.

The World No. 46 defended his use of Ferraris, stating how he can only drive one car at a time so it doesn't make a difference how many cars he has in his garage.

Poulter also defended his lifestyle by stating that being a PGA Tour golfer requires constant travel and if he is to make a living for his family, then the use of cars and private planes can't be avoided.

In what was a heated exchange, Elliott maintained that he was a fan of "Mr Postman", but insisted that the way in which Poulter lives is contributing to the environmental issues that could threaten future generations.

Poulter managed to end the exchange with a large message at the end of the conversation and also posted some more messages from other fans who sent him support, ahead of the first leg of the FedEx Cup playoffs at the Northern Trust Open.

The 45-year-old is currently ranked 79th in the FedEx Cup standings and he is in good shape to progress further in the playoffs, but he will need a good week if he is to make the 70-man field for the BMW Championship next week.

Poulter has had a solid season on the PGA Tour in 2021. He has finished in the top 25 on seven occasions, including a tied third finish at the Charles Schwab Challenge.