Ian Poulter on his Ryder Cup chances: "I have to take it with both hands" 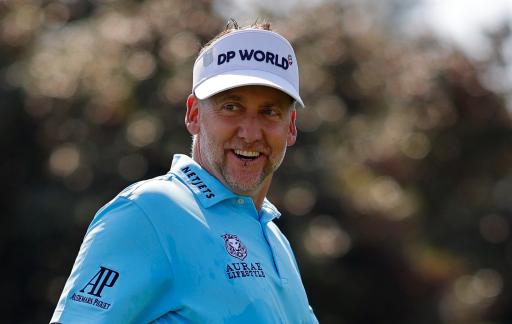 Ian Poulter has told Sky Sports Golf presenters Nick Dougherty and Andrew Coltart that he is more determined than ever to play his way into the European Ryder Cup side this year.

Poulter, 45, was speaking on the 'Dough & Co' Insta Live Show on Wednesday evening, where he made it abundantly clear that he does not want to rely on one of Padraig Harrington's three wildcard picks if he is to make his seventh appearance in the biennial contest against the United States.

"Yes I do," Poulter responded when quizzed by Dougherty and Coltart as to whether he likes his chances of making the European side at Whistling Straits this September.

"I look at it that at the age of 45, there are not many more opportunities for me upcoming and I have to take this chance with two hands."

WATCH: POULTER REACTS TO HIS MEGA SHANK ON TOUR

Poulter may be winless anywhere around the world since April 2018, but the Ryder Cup specialist has been showing signs of a resurgence with four top-30 finishes in his last eight appearances, including a top 10 at the WGC Match Play.

But looking on from outside the current automatic European Ryder Cup spots as it stands, the World No.63 knows he needs much better than that if he is to play his way into Harrington's side.

"I've had conversations with Paddy [Harrington]," said Poulter, who lies 24th in the World Points List.

"He's got his three picks but I don't want to rely on one of those. I will be trying everything in my powers to win a tournament or two before September.

"I don't want to have to look at Paddy and then wait for him to pick me.

"It just means so much to me to be part of a Ryder Cup team. I want to be there in any shape or form, but I want to step up to the plate and play some great golf from now until then so I can be there.

Poulter may be a 17-time professional winner, but he typically brings his best game to the table at the Ryder Cup and match play golf at large having won the 2010 WGC Match Play.

At present, Poulter's record in the Ryder Cup stands at an enviable 14-6-2 (W-L-H) and he has taken five and half points from a possible six in the singles. The Englishman has also only been on the losing side on one occasion back in 2008.

While nothing is guaranteed in terms of Poulter's place in the side, he is certain he won't be able to play in all five matches during the week.

"If I do make the team then I won't play five matches," said Poulter. "These legs are getting on, but I certainly want to be there. I feel like my golf game is good enough still."