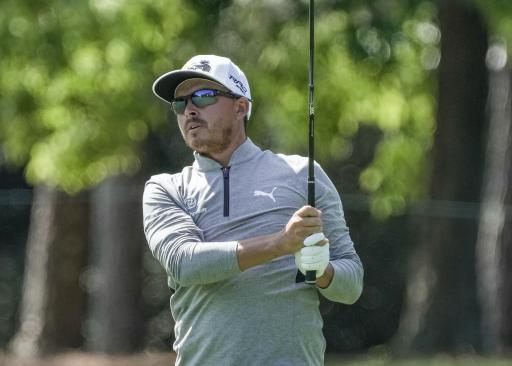 Rickie Fowler has described the proposed golf super league as "interesting", as he spoke about the issue for the first time yesterday.

According to reports, 11 leading players, including Dustin Johnson and Justin Rose, have been approached with contracts of over £20 million to participate in the new league.

It is a Saudi-backed project but on Tuesday, PGA Tour commissioner Jay Monahan reiterated that any player who joined the league would be suspended and likely expelled from the PGA Tour.

"I think there's a lot that needs to happen for it to even move forward of any sort, and at the same time I think competition can be a good thing.

"I do think that the PGA Tour is the premier place to be playing against the best players in the world. Could it get better? I'm sure this wouldn't be coming up if someone didn't think that there were ways that certain things could be better."

The five-time PGA Tour winner made his first appearance on tour since the beginning of April at the Wells Fargo Championship on Thursday. The 32-year-old carded a 1-under-par 70 to sit six shots behind Phil Mickelson.

Previously, Mickelson had described the proposal in a similar fashion to Fowler, but it is unclear when the new league would begin and how its events would be formulated.

Rory McIlroy and Justin Thomas have both condemned the idea, with the Northern Irishman describing the idea as "a money grab", so it would appear that at least two of the world's top golfers have no intention of participating.

The proposed golf super league arrives off the back of the complete rejection of the European Super League in football, which threatened to persuade Europe's best teams to join a new tournament.

NEXT PAGE: RORY MCILROY SWITCHES HIS IRONS AT THE WELLS FARGO CHAMPIONSHIP ON PGA TOUR