Rory McIlroy has changed back to his old TaylorMade Rors Proto irons, after the Northern Irishman was spotted with them in his bag. 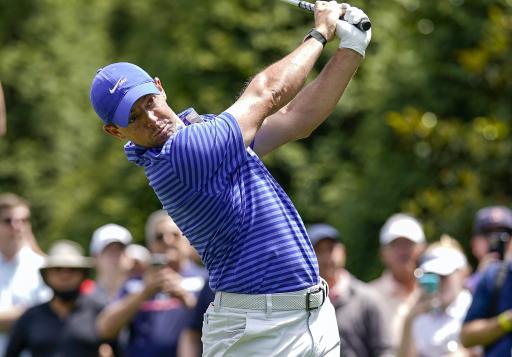 Rory McIlroy has switched back to the TaylorMade Rors Protos this week at the Wells Fargo Championship.

GolfWRX first spotted the change on Wednesday, where McIlroy appeared to have his old clubs in his bag, as opposed to the TaylorMade P760's and P730's that he has used this season.

The Proto iron was manufactured by TaylorMade for the use of their prominent playing staff such as Dustin Johnson and Justin Rose. The clubs are a slightly altered version of the P730.

Unfortunately for the World No. 15, the switch back to his old clubs didn't help his cause at the Wells Fargo Championship, as he struggled to a 1-over-par 72.

The 32-year-old made a solid start to his first round at Quail Hollow Golf Club, making a birdie on the par-4 3rd hole and playing his first five holes in 1-under-par.

McIlroy bogeyed the 6th hole but recovered with a birdie on the par-5 7th hole and he went on to complete his first nine holes in 1-under-par.

But during a frustrating back nine, McIlroy bogeyed the par-4 11th hole and the par-3 17th hole and couldn't make any more birdies. He finished with a 72 and eight shots behind Phil Mickelson.

The 18-time winner on the PGA Tour won the Wells Fargo Championship in 2010 and 2015 and remains the only player to have won the tournament twice.

McIlroy has developed a habit of starting slowly in PGA Tour events, so he will be hoping to recover on Friday to set himself up for contention at the weekend.

NEXT PAGE: PHIL MICKELSON HAS AN INTERESTING NEW CLUB IN THE BAG ON THE PGA TOUR