"It's great to be back home": Patrick Reed leaves hospital in pneumonia recovery

Last week, Patrick Reed was admitted to hospital when his condition with double pneumonia had become "really bad." 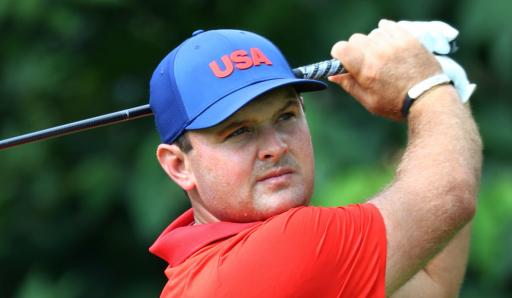 Patrick Reed has returned to his home in Houston after he was released from hospital in the Houston area, where he had been battling bilateral pneumonia.

In a message to Golfweek, Reed said, "I'm doing well. I'm at home recovering and looking forward to getting back out there real soon."

Reed was forced to withdraw from the Wyndham Championship and the Northern Trust after he was admitted to the Methodist Hospital in the Texas Medical Center.

"It's great to be back home with the family, kids and Justine," he wrote. "It makes the recovery process so much better. I've been focusing on my health and my family and Justine," Reed added in the message.

"You don’t realise how special you have it until something like this happens and I’m so happy just to be back recovering with them."

"I wish everyone a safe and healthy week and can’t wait to be back at it."

We are not aware of when the World No. 18 will be back playing on the PGA Tour, but his absence so far in the FedEx Cup Playoffs has made it unlikely that he will qualify for the Tour Championship.

Reed is currently ranked 10th in the US Ryder Cup points list, which would put him in with a chance of receiving a captain's pick from Steve Stricker.

The 31-year-old has represented America in the last three Ryder Cups and he was a key part of the winning team at Hazeltine in 2016.

It is unclear as to whether the 2018 Masters champion will be physically ready for the matches, which start at the end of September at Whistling Straits, but he will certainly be in Stricker's thoughts.