Brooks Koepka pokes fun at Dave Portnoy ahead of their $250,000 charity match. 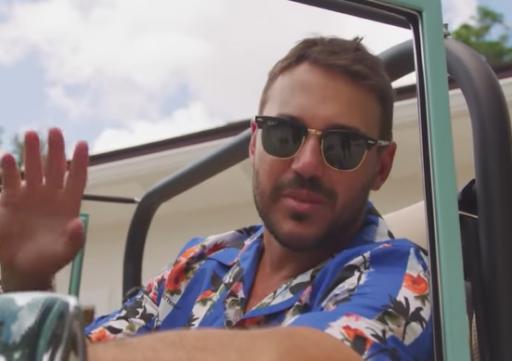 Brooks Koepka has burned Barstool Sports founder Dave Portnoy with his latest Instagram post ahead of their $250,000 charity match on Tuesday September 7.

Four-time major champion and former World No.1 Koepka will play left-handed against 18-handicapper Portnoy in their money match, which takes place two days after the PGA Tour's season-ending Tour Championship.

WHY ARE THEY PLAYING? GET THE LOWDOWN HERE

With just two weeks to go, Koepka has taken to social media to start the mind games early with his latest video post captioned 'Champ vs Chump | Sept 7th', and he has clearly gone to work on Photoshop with his second post (watch the video below and then tap the right arrow to view the second post).

"Portnoy, I know you are trying to be like me, buy everything like me, but you will never be me," said Koepka, dressed in a hawaiian shirt with his shades on.

Koepka then posted the video onto his story with the caption "Nah he tweakin", a phrase going viral on Instagram this week.

For those none the wiser, the 'Nah he tweakin' phrase has stemmed from hip hop culture and rap to refer to someone who is high on stimulants. It's also used to describe someone who is acting in an irrational way.

It all began with a strange feud between singer Lil Nas X and Hawk, over the use of blood in products.

September 7th. Me vs @BKoepka. Live streams will be on my Instagram and on the @barstoolsports YouTube channel. pic.twitter.com/OMsrni0IsH

Portnoy recently confirmed the match will be streamed live on his Instagram channel and the Barstool Sports YouTube page.

There has been a rumour that Portnoy will bring Bryson DeChambeau along to caddie for him, but that is only speculation for now.

We would love to see Brooks' face on the 1st tee if that did actually happen!

NEXT PAGE: RORY MCILROY ADMITS HE CRIED IN HIS HOTEL ROOM AND RAIDED THE MINI BAR AFTER MISSED CUT