Jason Day goes in pursuit of a first win on the PGA Tour in four years. 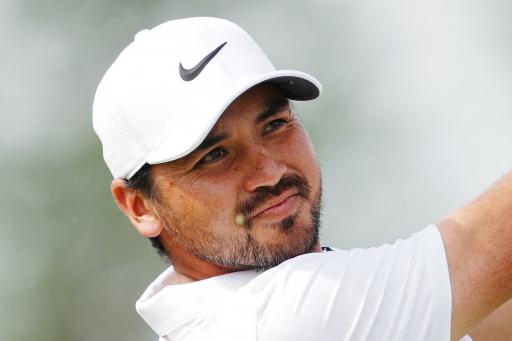 Jason Day carded a second-round 67 in wet and rainy conditions to remain out in front on day two at the Wells Fargo Championship at TPC Potomac at Avenel Farm.

Day, 34, is going in search of his first title on the PGA Tour in exactly four years having won this tournament in 2018 albeit on a different golf course at Quail Hollow.

The Australian came into this tournament off the back of three consecutive missed cuts but so far this week Day has looked in complete control of his game with rounds of 63 and 67 to progress to 10-under par thru 36 holes.

Day started on the 10th and went out in 35 shots when exchanging two birdies with two bogeys.

But around the turn, Day quickly got himself back in the driving seat with birdies on the 2nd, 3rd and 8th.

Related: Sergio Garcia causes huge controversy on day one at the Wells Fargo Championship - looks like he's off to the LIV Golf Invitational Series then?!

Day has won 12 times on the PGA Tour, highlighted by his sole major victory coming at the 2015 US PGA Championship.

He has also assumed the World No.1 position for a cumulative total of 51 weeks, the last of which was back in February 2017.

Day is currently ranked an unthinkable 127th in the Official World Golf Rankings.

Max Homa, who played alongside Day for the opening two rounds, finds himself three shots behind in second on 7-under par after a 66.

Sergio Garcia, who caused huge controversy on day one, bogeyed three of his last seven holes for a 71 to fall back to 2-under par.

Joel Dahmen started the second round in solo second and he even progressed to 9-under midway through his second round. But the wheels quickly came off for the American as he played the last nine holes in 7-over par to tumble back down to 1-under par.

Rory McIlroy tees off in the afternoon wave and he will be looking to make inroads into the lead following a first-round 67.

Next Page: Paul Casey forced out of the Wells Fargo Championship