Paul Casey FORCED OUT of the Wells Fargo Championship 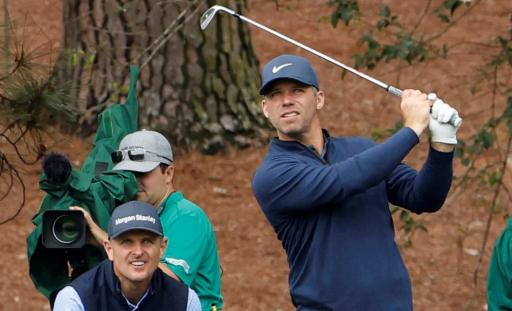 Paul Casey was forced to withdraw from a fourth consecutive PGA Tour event at the Wells Fargo Championship on Thursday as a result of continued back issues.

Casey, 44, withdrew from the Valspar Championship in March prior to the start of the tournament, and he then forfeited each of his three group matches in the WGC Match Play the following week.

Two weeks later, Casey withdrew from The Masters just before the start of the first round despite playing practice rounds and the annual Par 3 Contest.

News: DP World Tour pro RIPS into players wanting to compete in the LIV Golf Invitational Series - he makes a good point to be fair!

The Englishman tried to give things a go at the Wells Fargo Championship at TPC Potomac at Avenel Farm this week, but unfortunately his back injury is still causing him pain out on the course.

Casey would now appear a doubt to compete in the upcoming US PGA Championship at Southern Hills in two weeks' time.

He finds himself well up the Official World Golf Rankings in 26th position but he has not won on the PGA Tour now since the 2019 Valspar Championship, a tournament he successfully defended that week.

Casey's last victory around the world came at the 2021 Dubai Desert Classic on the DP World Tour.