Jim Furyk rolls back the years on the PGA Tour to hit the front on day one in Hawaii. 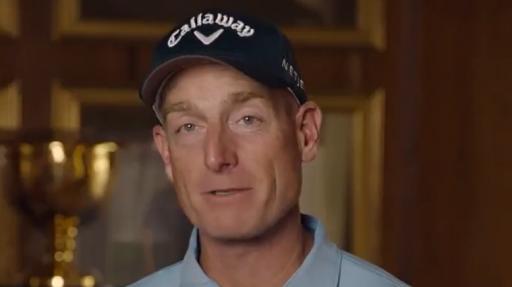 Jim Furyk rolled back the years on the PGA Tour as he made a stunning hole-in-one on the par-3 17th en route to firing an 8-under 62 on day one at the Sony Open in Hawaii.

Furyk, 51, has won three times in the last two years on the PGA Tour Champions but his last PGA Tour victory dates back to the 2015 RBC Heritage, which marked his 17th career PGA Tour title.

The PGA Tour veteran certainly has good vibes in Honolulu this week, especially after he won here at the 1996 United Airlines Hawaiian Open.

On Thursday at Waialae, Furyk was slow out the blocks with a bogey on his first hole of the day.

But he quickly put that to one side as he rolled in three birdies on his next four holes, before adding another at the par-5 18th to go out in 32.

Furyk parred the next four holes but then raced into the clubhouse with three consecutive birdies and a hole-in-one at 17.

An ace for the leader @SonyOpenHawaii! @JimFuryk makes the sixth hole-in-one of his career and first since 2011. pic.twitter.com/UX5aXi0tb2

Kevin Chappell and Patton Kizzire are stalking Furyk just one shot back after rounds of 7-under 63.

BMW PGA champion Billy Horschel started well with a round of 5-under par 65, one shot better than Masters champion Hideki Matsuyama, who hit one of the funniest shots of the day - WATCH HERE

Webb Simpson eagled the par-5 9th, his final hole of the day, to progress to 3-under par 67.

233 yards out in a bunker.@WebbSimpson1 turns that into an eagle. pic.twitter.com/EzuREimFtN

A number of the pre-tournament favourites, including last week's winner Cameron Smith, tee off in the afternoon wave but they will all have to go some if they are to get anywhere near Furyk's pace-setting 62.

NEXT PAGE: PAIGE SPIRANAC IS DOING EXACTLY WHAT TIGER WOODS HAS JUST DONE