Bryson DeChambeau almost quit golf in 2021 due to increased pressure from golf fans and the media, but he soldiered on with the help of a Hollywood actor. 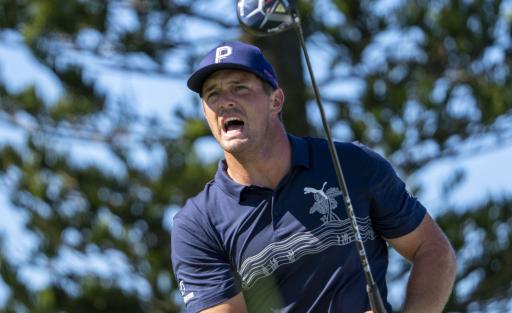 Former US Open champion Bryson DeChambeau revealed that Hollywood actor Chris Pratt helped him through tough times on the PGA Tour in 2021.

DeChambeau had a turbulent season on the PGA Tour. He went through a feud with Brooks Koepka and experienced a rocky relationship with golf fans and the media as a result.

The 28-year-old publicly criticised his Cobra driver during The Open Championship in July and at one stage in the season, he refused to speak to the media at tournaments.

DeChambeau revealed in December he almost walked away from the game, but the help of the famous actor Pratt was enough to keep his career on track.

"With everything going against me, whether it was media, the players or whatever it was, it became a lot on a human being," DeChambeau explained to the media.

"It’s amazing what people can do when they tell you you’re this all the time or that all the time when you know it’s not true personally in the background.

"But as time goes on, you have to realize what are you doing this for? Why are you doing it? And how can you continue to improve in that quest in inspiring the next generation or inspiring someone to work harder? I think that’s really where it changed.

RELATED: MANOLO VEGA OUTRAGED BY SPITTING ON THE GREEN IN 'BEST' POST YET

"Chris Pratt helped me out a bit through a really difficult time for me. He said play this fictional character for a while. I know you’re not happy, you’re in a very, very difficult spot, but just act like you’re acting for a little bit."

This is certainly an unexpected source of encouragement, but in 2021, there was also a lot to look back on and admire for DeChambeau.

He won the Arnold Palmer Invitational back in March which was his eighth win on the PGA Tour. He was unlucky not to win the BMW Championship and he came seventh at the Tour Championship.

DeChambeau reignited his relationship with golf fans at the Ryder Cup. He galvanised them with his passion and he won 2.5 points for Steve Stricker's American side in a record-breaking 19-9 victory over Europe.