Jimmy Walker causes PGA Tour stir: "It depends if you like the guy"

Walker opens up on 'backstopping': "If you like the guy you might leave your ball to help on a shot" 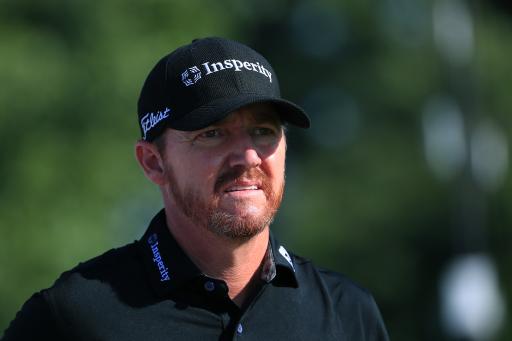 Jimmy Walker has opened up a whole new can of worms on the PGA Tour where the issue of 'backstopping' is concerned.

For those unfamiliar with such a term, 'backstopping' is when a golfer doesn't mark their ball on the green, especially when close to the hole. By leaving a golf ball around the hole when another player is about to play, it can give the other player in the group a small advantage should both balls collide.

Six-time PGA Tour winner Walker shed some light on how pros view the controversial practice, raising many eyebrows in the process.

Walker responded to a different video where backstopping was in question during the third round of the FedEx St Jude Classic on Saturday.

"Usually a guy will ask if he would like to mark it," said Walker.

"If you don’t like a guy you will mark anyway. If you like the guy you might leave it to help on a shot. Some guys don’t want to give help at all and rush to mark their ball. To each his own."

Former pro and course designer Michael Clayton replied, saying, “So you decide who is worthy of your help and who isn’t?"

“I try to help everyone,” said Walker. “Especially if they got a bad break or got short sided. I’ve asked 'do you want me to leave the ball?’"

Backstopping is covered in the Rules of Golf. According to Rule 22-1, Ball Assisting Play, "in stroke play, if the Committee determines that competitors have agreed not to lift a ball that might assist any competitor, they are disqualified."

Luke Donald joined the conversation by saying: I try and mark as much as possible. If I’m the one playing, I will wait for my playing partner to mark if I think his ball is near enough to my line.

"If you are the one on the green about to mark, the onus is slightly more on the person hitting onto the green. Some guys are quick and just want to hit, it becomes their responsibility to give you a nod to go mark your ball."

What is your stance on the subject of 'backstopping'? Do you always mark your ball when it's in the way of other players in your group? Come and join the debate over on GolfMagic's Facebook, Instagram and Twitter pages.