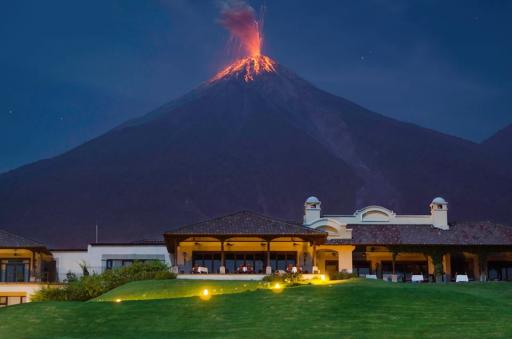 A video of the deadly "volcano of fire" in Guatemala has been shared on social media direct from La Reunion Golf Resort and Residences, an annual stop on the PGA Tour Latinoamerica.

The "Volcan de Fuego" erupted just before noon on Sunday, covering the surrounding area in volcanic ash. It even reached as far as the capital, Guatemala City, 30 miles away.

More than 3,000 people were evacuated and the country's president declared a national state of emergency. According to the latest reports, 25 people have been confirmed dead.

At least 25 killed and 300 hurt as volcano erupts in Guatemala. https://t.co/WnP9LYK1vo pic.twitter.com/cSvaJi9v1P