Rahm baffled about yet another Covid positive test, which this time causes him to miss out on competing for an Olympic gold medal 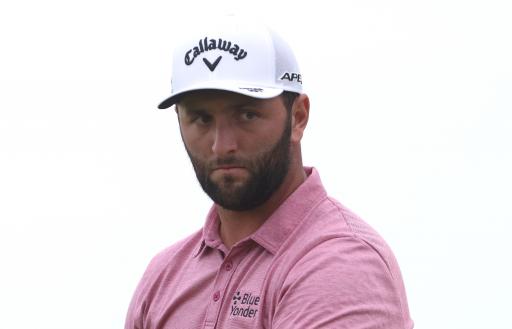 Jon Rahm admits he has been left searching for answers after a second postive Covid test in the space of seven weeks saw him forced to withdraw from the Men's Olympic Golf Tournament in Tokyo this week.

In a report published by golf journalist Doug Ferguson in The Independent today, the World No.1 is said to be "mystified" about his latest positive Covid result

"I didn't think ever that I was not going to be there," Rahm said in a phone interview from his home in Arizona.

"I can't even tell you what happened."

Rahm needed three negative tests in a row in order to board his flight to Tokyo to compete in the Olympic Games. The first two were negative, only for the third to come back positive.

"For people who don't know, I needed three negative tests," said Rahm. "Thursday, negative. Friday, negative. Saturday, positive. I did a second one to make sure it wasn't a false positive."

Rahm said that he returned on Sunday and took a saliva test, a PCR test and an antibody test. The first two came back negative, only for the last to confirm he had the Covid-19 antibodies.

"I haven't had two experts tell me the same thing," said a confused Rahm, who is having to bite his lip at missing out on the chance of his first Olympic gold medal.

He added: "Five months ago, I would have been more mad about it. Not this time, but it did take more than a day to get over it.

"Clearly, I don't have it. But the dream of being an Olympian is going to have to wait three more years. That's really upsetting in a sense."

Rahm, who has been vaccinated, also tested positive for Covid-19 when building a six-shot lead at the Memorial Tournament early in June, meaning he had to withdraw from the tournament.

The Spaniard passed five negative tests during the week at Muirfield Village, only for the test result to come back positive on the Saturday afternoon.

To his credit, he returned to action to win his maiden major title at the US Open.

Rahm then finished seventh at the Scottish Open and tied third at The Open to return to the top spot ahead of Dustin Johnson in the world rankings.