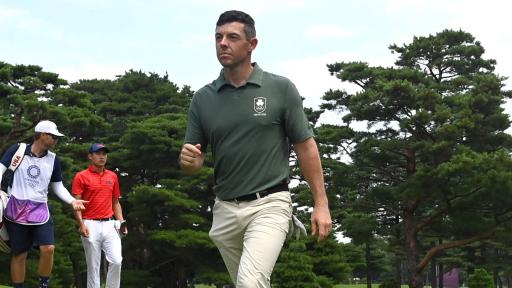 Rory McIlroy has come out in strong support of US gymnast and four-time Olympic gold medallist Simone Biles after she withdrew from the women's team final on Tuesday.

After attempting just one rotation in the event earlier this week, Biles withdrew and after much speculation as to the reason why, she stated that she needed to "focus on mental health."

Biles is the most successful American gymnast of all time and since her withdrawal, she has received overwhelming support from sports fans and figures, including McIlroy.

"I live in the United States and anything that came on the TV about the Olympics, it was Simone Biles. You've got 300-whatever-million, so the weight on her shoulders is massive," said McIlroy.

"Just as I thought Naomi Osaka was right to do what she did at the French Open and take that time off and get herself in the right place, I one hundred per cent agree with what Simone is doing as well.

"You have to put yourself in the best position physically and mentally to be at your best and if you don't feel like you're at that or you're in that position, then you're going to have to make those decisions."

McIlroy is currently participating in the men's golf event at the Olympic Games for Ireland alongside Shane Lowry, and after two rounds, the four-time major champion is only four shots back from leader Xander Schauffele.

McIlroy is one of many people to have praised Biles for her honesty and admitting to her mental health struggles and the 32-year-old is pleased that these conversations can now be open.

"There's been a few athletes that have really spoken up, Michael Phelps, Kevin Love, Naomi Osaka, Simone Biles. I mean the conversation, it's not taboo anymore.

"People can talk about it just as somebody has a knee or elbow injury, if you don't feel 100 per cent right mentally that's an injury too."