Jon Rahm is one of the biggest superstars in golf at the moment and there is definitely more to come from the big Spaniard. 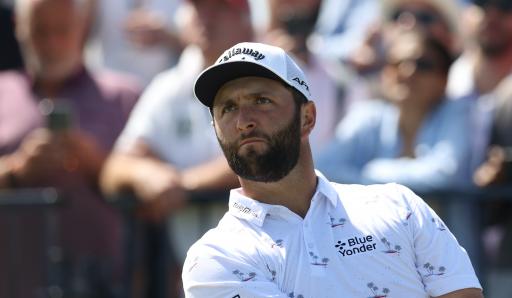 Jon Rahm became a major champion in June when he emphatically won the US Open at Torrey Pines, and we would all be stunned if this was the only major trophy he wins in his career.

Since turning professional in 2016, he has won six times on the PGA Tour and has become the World No. 1 golfer on more than one occasion.

At the Ryder Cup in September at Whistling Straits, he will be leading the European team into battle as the top performer and he will be a crucial part of Europe's effort to victory.

The 26-year-old has not only picked up a lot of trophies in his illustrious golf career, but he has also earned a lot of money and a lot of sponsorship deals which have contributed to his wealth.

On the PGA Tour, the Spaniard has earned $28,863,822 which is 47th on the list of all-time earnings. Having already earned nearly $30 million, it makes you wonder how much Rahm could earn in the next decade or so.

When he turned professional, Rahm signed with TaylorMade but in January, he signed a multi-year deal with Callaway and Travis Mathew apparel.

He also has associations with Rolex, Blue Yonder, Netjets and Silverleaf Club, a club where he plays golf in Arizona. In 2018, he also signed a sponsorship deal with Mercedes-Benz.

In April, Rahm and his wife Kelley Cahill had their first child on the eve of The Masters. Their baby boy Kepa has been born into a loving family and one that is set to see even more exciting times in the future.

We believe that Jon Rahm is worth approximately $17 million.