Bernd Wiesberger: Austrian happy to FLY under the radar at Ryder Cup

The big Austrian is happy to be the surprise package for the European side. 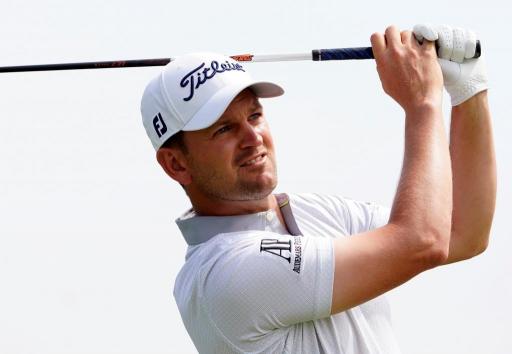 Bernd Wiesberger is happy to be Europe's unknown quantity at the Ryder Cup in Whistling Straits.

Ranked the lowest in the world at number 61 out of the two sides, he's all too familiar the American audience might not even know who he is.

He plays the majority of his golf on the European Tour, but captured the attention of golf fans when he shot a 66 at the Masters in April.

He is the first Austrian to play in the Ryder Cup and endured a stressful weekend at the BMW PGA Championship to secure his spot.

The Austrian reportedly asked media not to question him about the Ryder Cup over the course of that weekend as the pressure ramped up.

In the end, it seemed fairly straigtforward as two rounds of 67 on Friday and Saturday meant he could, in reality, coast to the finish.

There have been some critics who suggest had he not qualified automatically then he wouldn't have been selected.

But the big Austrian, 35, doesn't seem to be affected by this.

"In terms of the exposure of my name I’m aware a lot of people may not be familiar with me," he told The Times of London.

"I’m probably not as outgoing as some of the other guys like Ian [Poulter], but I’m happy flying under the radar.

"You never know what the Ryder Cup will bring out. It’s going to be emotional, maybe there’ll be more fist-pumping than I’d normally do.”

Wiesberger was at Le Golf National two years ago working as a commentator, the paper reported.

And although he is said to have found his media duties a little bit dull, the atmosphere whetted his appetite.

He is raring to go.