Spieth: "I was probably too stubborn and waited too long to probably reach out to people that I definitely could have for help." 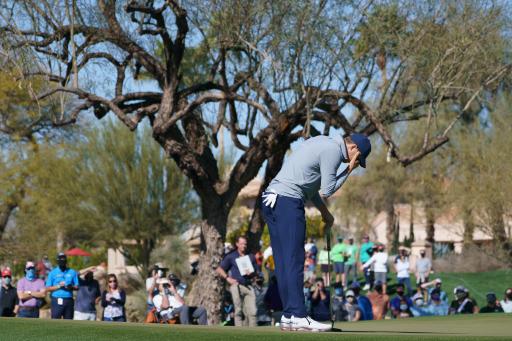 Jordan Spieth is confident that his game is going in the right direction after a successful week at the Waste Management Phoenix Open and speaking to the media ahead of this week's PGA Tour event, Spieth revealed that he was "stubborn" when it came to asking for help.

The 27-year-old's fall from grace has been one of the most public due to Spieth's previous success, winning three major championships and spending time as the World No.1.

Before last week's action at TPC Scottsdale, Spieth was 92nd in the world rankings, but a strong performance at the Phoenix Open that saw him finish in a tie for fourth boosted him to World No.69.

It's still a long way off from where Spieth wants to be, but his 10-under par third round last week was something we haven't seen of him in a very long time.

Speaking to the media ahead of this week's AT&T Pebble Beach Pro-Am, a tournament Spieth has won in the past, the American admitted he was stubborn during his times of frustration over the past few years and often shied away from seeking help from those closest to him.

"Yeah, I think for the first little bit of time it was [frustrating], you know, I think that even friends on tour are probably like all right, just struggling for a year or something," said Spieth. "And then people are reaching out saying, you know, I see this or you know, it's kind of a tough thing, because even some of my best friends out here on tour I play a lot of practice rounds with, they want to help, but you don't want to overstep, right? So it's kind of a tricky situation.

"But anyone that I would reach out to, I was probably too stubborn and waited too long to probably reach out to people that I definitely could have for just help in whether it's certain areas of the game or just getting through kind of areas of down years or something like that, I probably was just a bit too stubborn on that when there were a lot of people willing to help that are super friendly that have gone through, you know, I guess somewhat relatable situations out here.

"So with a bit of friends kind of stepping in and offering help, to myself doing some more reaching out and just kind of letting my guard down a little, kind of letting the walls down and I think that kind of combination kind of helped free me up a little bit to -- hey, for me it's, when I've been struggling it's very public, right?

"I mean, it's very aware. If I had just kind of been 120th on the FedExCup every year, it would have been pretty easy to have a couple off years. But instead it just gets heightened.

"So it was about just kind of just being myself, not caring about how heightened it is, but instead allowing the belief in the system, belief in my age, saying you could start at 27 and have an unbelievable career, so let's just take our time, make sure we're getting on the right path.

"It just took a little longer than I would have liked and I feel like I'm on the right path."