Jordan Spieth got creative as he prepares for this week's AT&T Pebble Beach Pro-Am. 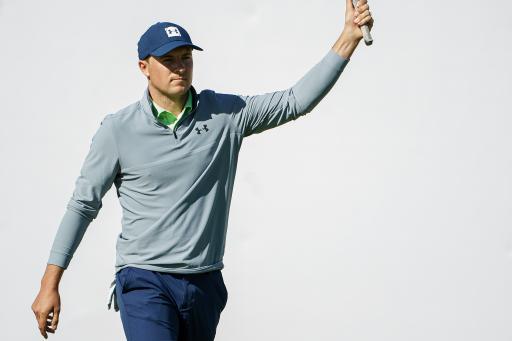 Jordan Spieth has got golf fans excited on social media after the PGA Tour posted a video of him using a 4-iron on a 100-yard par-3 as he prepares for this week's AT&T Pebble Beach Pro-Am.

The three-time major winner won the AT&T Pro-Am back in 2017 and after a strong performance at last week's Waste Management Phoenix Open, many are backing Spieth to find the victory he is so desperately looking for when he returns to Pebble Beach this week.

Spieth shot a 10-under par third round in Phoenix last Saturday to share the overnight lead heading into the final round alongside Xander Schauffele and golf fans around the world tuned in to root for the 27-year-old, who hasn't won a tournament since claiming the Open Championship in 2017.

Currently 69th in the world rankings, Spieth has taken a serious fall from the top and his form over the past few years has taken its toll on the American, but his recent journey to rebuild his swing could finally be paying off.

During a practice round ahead of this week's event, Spieth pulled out a 4-iron and attempted a flop shot from off the tee, just 100 yards away from the green.

WATCH SPIETH FIND THE PAR-3 GREEN WITH A 4-IRON BELOW:

Spieth showing a touch of magic prior to the tournament has got his fans excited at the prospect of him finding his way back to the winner's circle.

"Spieth is finally getting that confidence back. Rest of the tour better watch their backs," tweeted one golf fan.