Jordan Spieth after a second consecutive top 5 finish on the PGA Tour: "I'm as confident as I've been in a long time." 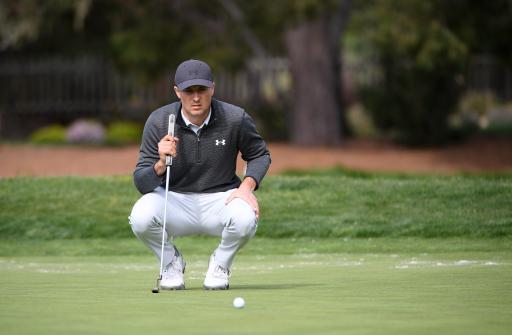 Jordan Spieth has vowed to "end up on top" on the PGA Tour soon after the former World No.1 posted a second consecutive top 5 finish.

Although the three-time major winner failed to convert a 54-hole lead for the second week in a row, Spieth once again took the positives out of another strong performance and the 27-year-old is regaining the confidence that once made him the most talented golfer on the planet.

"It's not mental. I'm as confident as I've been in a long time," said Spieth on Sunday. "Not only the current outlook but also looking forward. So it's still mechanics, that's still dragging on.

Spieth shared the 54-hole lead at the Waste Management Phoenix Open a few weeks ago, but his final round wasn't strong enough, as Brooks Koepka climbed the leaderboard to seal the win.

Last week at Pebble Beach, Spieth produced another excellent opening three rounds to give himself a chance to end his three and a half year wait for a victory, but Daniel Berger shot the lowest round of the day to find a fourth PGA Tour win.

This week, Spieth heads to a course he knows and loves for the Genesis Invitational where he will look to build upon his recent form.

"So as I go into next week at arguably my favourite golf course in the world, at Riviera, I look to have more swings that I know are getting into position, hitting the spots I know that I can kind of turn and burn from than I had this week," Spieth added.

"If I look back at Friday night in San Diego and you tell me I was going to share the 54 and have the 54-hole lead two weeks in a row and really just fight, finish strong to both weeks, I would have said you're crazy, to be honest.

"I was not in a great head space following that missed cut there and just did some really phenomenal work from Sunday through Wednesday of last week that was probably the best period of a few days of work that I've put in in a long time.

"It just got me believing in what I was doing and progressing forward. That's really what I continue to say is just progressing forward and if I put myself in the position of leading after 54 holes enough times, especially with how I know I'm going to fight even if it's not going my way, I'll end up on top one of these days."