Jordan Spieth: What's in the bag of the 13-time PGA Tour winner?

Jordan Spieth returned to form on the PGA Tour at the RBC Heritage by beating fellow American Patrick Cantlay in a playoff in South Carolina. 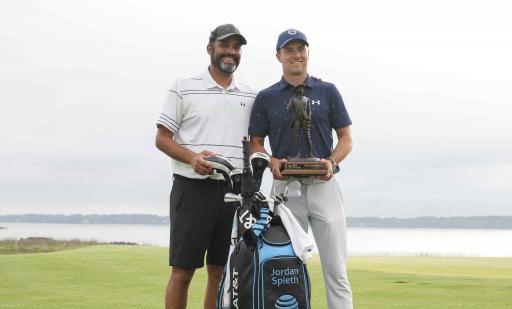 Jordan Spieth wasn't at his brilliant best on the greens at the RBC Heritage, but it was enough to win his 13th PGA Tour title at Harbour Town.

The 28-year-old carded a 5-under-par 66 to reach 13-under-par and he waited in the clubhouse to see if anyone could match his mark at Hilton Head Island.

Shane Lowry and Harold Varner III squandered chances on the 18th hole to make the playoff, while Austrian Sepp Straka carded an agonising bogey at the final hurdle to miss out on the playoff.

Both Spieth and Cantlay found the greenside bunker on 18 in the playoff but as Spieth splashed out to tap-in range, Cantlay was forced to negotiate a plugged lie.

More bunker brilliance by @JordanSpieth in a playoff.

This approach on the first playoff hole sealed the victory @RBC_Heritage. pic.twitter.com/ghI8arP11P

The reigning FedEx Cup champion couldn't match his 2021 Ryder Cup teammate's par and it was Spieth's second consecutive victory on Easter Sunday, following up on his win at the Valero Texas Open in 2021.

Jordan Spieth - What's in the bag?

Next Page: Australian golfer shoots spectacular round of 15-under (!) 57