Australian golfer shoots spectacular round of 15-under (!) 57

This golfer really did shoot this unbelievable score in a charity stableford event at Peninsula Kingswood Country Golf Club. 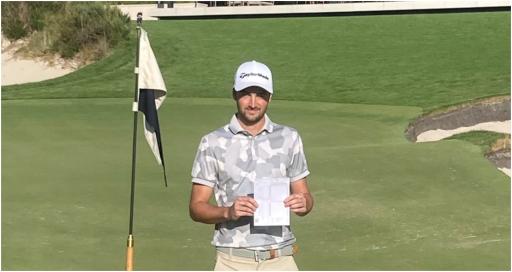 The holy grail in golf is often thought of as securing the ever illusive score of 59.

But this Australian golfer decided to go a few better and signed for a round of 15-under par. That is a 15 (!) under par 57 if you did a double take.

His name is Ben Murphy and he must have played like a man possessed as he produced 11 birdies and two eagles on the north course at Peninsula Kingswood Country Golf Club.

The Aussie went out in 28 on the front nine before coming home in 29 which was 11 shots better than his handicap of -/+4.

Murphy was playing in a charity stableford event. He made birdie at the first hole, then made par at the par-3 second. He made eagle at the third before producing five birdies back-to-back.

Three pars were made from the ninth before he picked up strokes on 12 and 13. He birdied 15 and 16, eagled 17 and finished off with a birdie. Just sublime work.

In early March, a pro by the name of Cooper Dossey signed for a 13-under par 58 a few weeks after shooting a 59 at the Coca Colar Dr Pepper Open on the All Pro Tour. Read about that here.

But Murphy's work is sensational.

More stories about the PGA Tour by GolfMagic