Justin Rose: "Obviously Saudi is CONTROVERSIAL but I've enjoyed my time there"

Justin Rose believes the world's best young players on the PGA Tour have a right to play in the Saudi International and help grow the game. 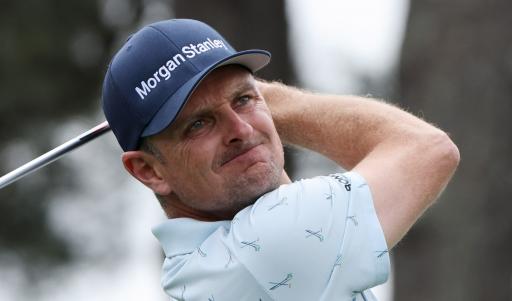 Justin Rose has told The Scotsman that the upcoming $5 million Saudi International will be "controversial" but that a number of his PGA Tour peers should be playing in the tournament in a bid to help "grow the game".

Rose, 41, has yet to commit to the tournament (February 3-6, 2022) where he finished tied second in earlier this year at Royal Greens Golf & Country Club in Saudi Arabia, but he is thinking about it with three months to go.

The Saudi International had been a European Tour event the first three years since its inaguration in 2019, but it is now in the hands of the Asian Tour.

Dustin Johnson, who has won the tournament twice before, will be back to defend his title, and Bryson DeChambeau has also put his name down to enter the tournament.

Other big-name stars ready to play include Tommy Fleetwood, Ian Poulter, Xander Schauffele, Phil Mickelson and Sergio Garcia - but there are plenty more.

Some star names, like Rose, are now considering what to do.

Heavily inflated tournament appearance fees for some players no doubt the biggest reason of all for the sudden interest levels.

The controversy surrounding the 2022 Saudi International comes just weeks after Greg Norman confirmed his new role as the CEO of LIV Golf Investments and his new Saudi-backed Golf League, which will tee up on the Asian Tour.

The PGA Tour and European Tour have now come together in a strategic alliance in a bid to maintain their members.

Reports have emerged in recent weeks that the PGA Tour is going to come down hard on any of its members who commit to the Saudi International - and that is only going to "heighten the tensions", according to Rose.

"I think if the PGA Tour maybe doesn’t give the releases, I think it is only going to heighten the tensions around what is trying to go on right now in the world of golf and amongst the players," Rose told the The Scotsman.

"In my mind, the PGA Tour needs to keep the players on side," said Rose.

"Obviously Saudi is controversial, but I’ve been down there and I enjoyed my time there.

"Listen, they are trying to edge towards a more socially-acceptable stance on their policies and you’ve got to start somewhere, right?"

MORE: RORY MCILROY DEFENDS PGA TOUR PROS: "WE SHOULD BE ABLE TO PLAY WHERE WE WANT!"

Rose added: "Players deserve the opportunity to play around the world and also capitalise."

"Guys like Xander and (Open champion) Collin Morikawa deserve the chance to play in the Middle East and show off their games.

"It’s good for growing the game of golf and it’s part of your responsibility as a talented young golfer who is doing incredibly well to do that the best you can.

"A lot of these guys are now the idols that kids are looking up to and, if you can showcase yourself in different markets, it can only be good.

"A lot of the young Americans have the opportunity to just stay home because the tour is so great. So I think it is good for the world of golf that they do travel. I think that’s really important."