Rory McIlroy defends PGA Tour pros: "We should be able to play where we want!"

Rory McIlroy leaps to the defence of PGA Tour and DP World Tour players intent on playing in the upcoming Saudi International on the Asian Tour. 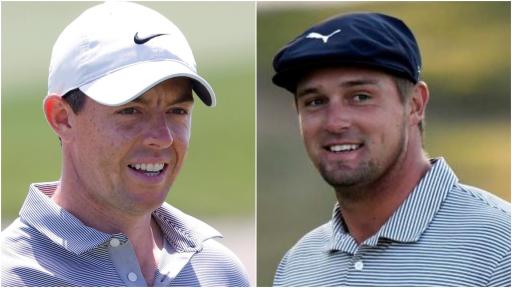 Rory McIlroy may have no interest himself of playing in the Saudi International in February 2022, but he has leaped to the defence of his peers by claiming those at the PGA Tour and DP World Tour should not be preventing any of their players from taking part in the tournament.

The Saudi International had previously been staged as a European Tour event since its inauguration in 2019, but it will become an Asian Tour event as of 2022.

Dustin Johnson, who has won the event two of the past three years, is one of a number of big-name PGA Tour players who have put their name down to tee it up at Royal Greens Golf and Country Club in Jeddah in two months time.

The Saudi International has been added to the Asian Tour which has been the subject of a 10-year investment by LIV Golf Investments, a company of which Greg Norman is the CEO and which is associated with the Private Investment Fund.

Reports have been coming out of both the new strategic alliance of the PGA Tour and DP World Tour (formerly the European Tour) in recent weeks that they will be refusing to grant releaes to their members to play in the Saudi International.

The DP World Tour is said to be discussing the issue at a board meeting later this week.

But McIlroy believes his peers should have a right to compete wherever they want around the world, especially where official world golf ranking points are being handed out.

"I think we’re independent contractors and we should be able to play where we want to play," said McIlroy, who has never played in the Saudi International out of choice.

"So in my opinion I think the Tour should grant releases. It’s an Asian Tour event, it’s an event that has official golf world rankings.

"I do see reasons why they wouldn’t grant releases but I think if they’re trying to do what’s best for their members and their members are going to a place other than the PGA Tour and being able to earn that money, I mean, we’re independent contractors and I feel like we should be able to do that if that’s what our personal choice is.

"My personal choice is not to do that but obviously a lot of players are doing that and I think it’s fair to let them do that.

"My view as a professional golfer is I’m an independent contractor, I should be able to go play where I want if I have the credentials and I have the eligibility to do so. I’d say most of the players on tour would be in a similar opinion to me."

According to reports, a number of PGA Tour stars have agreed to sign multi-year deals to play in Saudi Arabia.

Only that just makes things even more messy, in the eyes of McIlroy.

"I think the professional game needs to get to a point where we as professionals need to know where we stand," added McIlroy.

"Are we actually independent contractors? Are we employed by a certain entity? There’s a lot of grey area in that and that’s what sort of needs to be sorted out, I think."

McIlroy is ending his year in Tiger Woods' annual Hero World Challenge in the Bahamas this week.