Justin Thomas has withdrawn from the Travelers Championship on the PGA Tour, but he has acted quickly to refute the rumours. 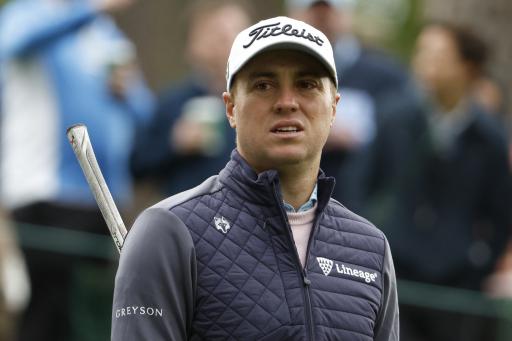 Justin Thomas was quick to prevent the rumour mill from kicking into overdrive after withdrawing from the Travelers Championship.

Thomas, 29, the most recent US PGA champion, unfortunately will not be playing on the PGA Tour this week.

He was supposed to be playing in the Pro-Am at TPC River Highlands this morning in Connecticut but was forced to skip it.

It appears that Thomas, who has been outspoken on the topic of LIV Golf in recent weeks and months, has tweaked his back.

Before the rumors start flying, I have decided to WD to treat and rest my back which I tweaked earlier this week. Just making sure I get it taken care of and ready for the rest of the PGA season as planned. Hate to be missing one of the best/my favorite events @TravelersChamp! https://t.co/DUzwF1CTk2

Justin Thomas is a WD from the Travelers Championship and replaced in the field by Satoshi Kodaira.

It's not known how long Thomas will be out of action for, but it appears that his schedule at present remains unchanged.

Earlier in the week Brooks Koepka withdrew from the tournament. That prompted speculation he is about to become the latest LIV Golf signing.

Mexico's Abraham Ancer was officially unveiled by the controversial circuit earlier in the week.

There are more players rumoured to be ditching the PGA Tour soon.

Thomas has been unwavering in his support for the PGA Tour. He backed the bans issued to the LIV Golf rebels.

Speaking about Dustin Johnson's decision to resign from the PGA Tour, he said: "Yeah, you know, it's a bummer.

"I mean, I think a lot of us are - I don't know if annoyed or tired is the right way.

Next page: Jay Monahan told PGA Tour players to "get off the fence"